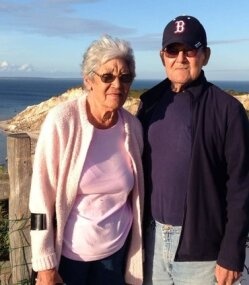 He attended Princeton High School and worked in the woods until enlisting in the U.S. Army, serving in Vietnam during the Vietnam War. Following his service, Clayton returned home and worked as a carpenter and welder. He loved to hunt, trap, fish and garden. Clayton supported many charities for children around the world with donations and volunteer service. He loved and adopted many dogs.

Playing baseball was Clayton’s true passion. Starting at a young age, he grew to be a dominant pitcher playing in the Border League and Quoddy League, and later the New Brunswick Senior League. While playing at the Blue Ox Tournament, his performance led to an invitation to try out for the major leagues which led him to be signed with the Pittsburgh Pirates. During his baseball career Clayton won over 250 games, usually striking out 11 or 12 batters per game. Clayton pitched his last game at the age of 46. In 2010, Clayton was inducted into the Maine Baseball Hall of Fame and recognized by the Maine State Legislature in 2011. The ballfield at Peter Dana Point was named “Sockabasin Field” after Clayton and his brothers.

Visiting hours will begin 5 p.m. Thursday, April 15, 2021 at his home, 15 Oak Circle, Peter Dana Point, until 11 a.m. Saturday, April 17. A Mass of Christian Burial will be celebrated 12 noon Saturday, April 17, by Father Kevin J. Martin at the Indian Township Bingo Hall. Burial will follow in the Tribal Cemetery, Peter Dana Point. CDC guidelines such as social distancing and masks are required for all attendees. Due to family allergies, please Omit flowers. Donations in Clayton’s memory may be made to the Calais Little League, Calais Baseball Boosters, Wounded Warriors, or PAWS Bravehearts. Arrangements by Mays Funeral Home, Calais.


To order memorial trees or send flowers to the family in memory of Clayton J. Sockabasin, please visit our flower store.