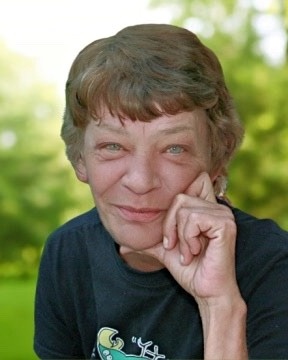 Christy Ann Battista aka Mama B, 70, beloved mother, grandmother, sister and friend left this earth unexpectedly surrounded by her family at Calais Community Hospital to join her soulmate on what would have been his 73rd birthday.

Christy was born on July 14, 1952 in Hartford, CT. She spent most her childhood growing up in Milltown and Baileyville where she could be found with her very best friend Paula. Christy moved to Connecticut shortly after graduating high school where she met Kenny and they began to build their life together. They were married on May 13, 1971 and returned to Maine in May of 1984.

Christy spent most of her life as a stay-at-home mom and loved her children and grandchildren fiercely. She worked at Creative Apparel as well as for multiple camps in Grand Lake Stream as a housekeeper. She was always the first one on the dance floor and the life of the party. She loved to cook and be surrounded by her family and will be remembered for her blunt honestly, colorful personality and huge heart.

In keeping with Christy’s wishes, there will be no services.  Arrangements by Mays Funeral Home, Calais & Eastport.
To order memorial trees or send flowers to the family in memory of Christy A. Battista, please visit our flower store.