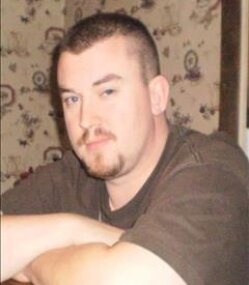 Mike attended Calais High School and enlisted in the U.S. Army, serving as a Tank Crewman, mostly in South Korea. Following his service, he returned to Calais and worked various jobs, including being a tattooist. Mike loved his children, tattooing, camping, photography, and will be remembered for his good dry dark sense of humor.

Surviving are his four children, Aidyn and Brianna of Carmel and their mother Lacey Walton, and Alex and Alcyone of Dixon, IL and their mother Marie Williamson; a sister CherieMichelle; dear friend and mother figure, Jodi Thomas of Charlotte; and numerous friends.

A Celebration of Mike’s Life will be held at a later date. Arrangements by Mays Funeral Home, Calais & Eastport.
To order memorial trees or send flowers to the family in memory of Christopher Michael Whitten, please visit our flower store.