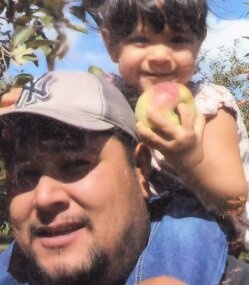 Pleasant Point - Christopher Joseph “Doobie” Francis, 43, walked on to his journey on
November 16, 2020.

There will be no services until 2021 due to the COVID-19. Arrangements by Mays Funeral Home, Calais & Eastport.


To order memorial trees or send flowers to the family in memory of Christopher Joseph Francis, please visit our flower store.