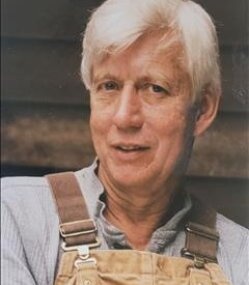 Trescott - Christian Gunnar Sunde died in Eastport, Maine, on April 5, 2022. He was born May 16, 1939, in New York City and grew up in Brooklyn. He graduated from James Madison High School in Brooklyn, where he was a member of the swim team and boxed in the Golden Gloves.

He subsequently graduated from Franklin and Marshall College in Pennsylvania in 1960 and then moved back to NYC and worked at Pratt Institute as a member of the photography faculty. He continued to be a photographer throughout his life, and his work has been published in a Time-Life book and shown in numerous exhibitions.

In the early 1970s he moved to Washington County, Maine, as a homesteading “back-to-the-lander” with his family. The family bought land in Trescott and built their own house there. He worked as an English teacher at Narraguagus High School, then went on to work as a professional photographer and as a carpenter.

He went to Gabon, Africa, as a member of the Peace Corps, and took many extraordinary photographs there, as he did on self-financed photography tours in Central America and Mexico. He led a life of adventure and had a lifelong love of the woods.

He was predeceased by his parents Gunnar Thorbjorn Sunde and Mona Ingrid (Olander) Sunde, as well as by Glenn Bevers, a stepson. He is survived by his three sons Christian Albert Sunde (Britta), Luke Thorbjorn Sunde (Rosie), and Jacob Lee Sunde, numerous grandchildren, a stepdaughter Denise (Bevers) Ciocci, and his sister Mona Ingrid (Sunde) Love and her husband William Love and their daughter Mona Ingrid (Katrin) Gambill.

At Christian’s request, there will be no funeral. Arrangements by Mays Funeral Home, Calais & Eastport.

To order memorial trees or send flowers to the family in memory of Christian Gunnar Sunde, please visit our flower store.