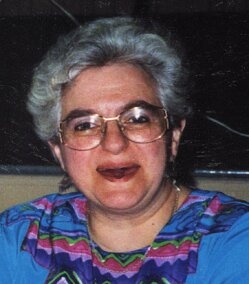 Shortly after graduating from high school in New York, Carmella met her future husband, James Walton. They eventually moved to Jim’s home state of Maine, settling in Princeton where they raised their three sons. Carmella was a faithful member of Second Baptist Church in Calais where she sang in the choir. Along with her husband Jim, Carmella ran the Irene Chadbourne Food Pantry in Calais for many years. She enjoyed playing Bingo, baking, and helping others in need.

In addition to her parents, Carmella was predeceased by her beloved husband of 46 years, James Walton; a brother Pauly; and a sister Angie. Surviving are her three sons, James Shannon Walton and wife Martha of North Carolina, Shawn Walton of Calais, and Scott Walton and fiancé Brenda Edgerly of Pembroke; several grandchildren and great-grandchildren; a sister Lilly of Le Roy, NY; many sisters-in-law, brothers-in-law, nieces, nephews and friends; and her extended family at Second Baptist Church.

In keeping with Carmella’s wishes, there will be no services. Donations in Carmella’s memory may be made to the Irene Chadbourne Ecumenical Food Pantry, PO Box 1005, Calais, ME 04619. Arrangements by Mays Funeral Home, Calais & Eastport.
To order memorial trees or send flowers to the family in memory of Carmella S Walton, please visit our flower store.