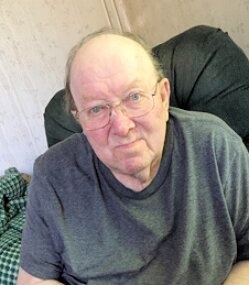 Carleton graduated from Calais Memorial High School, Class of 1953. While in high school, he enlisted in the Army National Guard, serving as a cook. Carleton worked at Grant’s Department Store in Calais until starting his career with Georgia Pacific working in the stud mill, retiring with over 20 years of service. After his retirement, Carleton worked for several years at Milltown Variety. Carleton loved the outdoors and enjoyed hunting and fishing.

A graveside service will be held at a later date in the Calais Cemetery. Arrangements by Mays Funeral Home, Calais.
To order memorial trees or send flowers to the family in memory of Carleton Sprague, please visit our flower store.