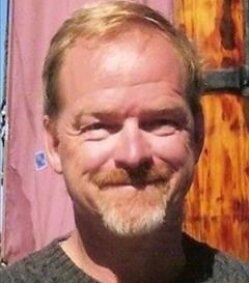 It is with extreme sadness we announce the unexpected passing of Brian Douglas Jones, 65, on January 10th, 2022. Brian was born in Eastport, Maine on September 9, 1956, son of Donald and Mary (Finch) Jones.

After graduating from Washington Academy Brian joined the military, first enlisting in the U.S. Air Force and then later in the U.S. Army, where he was a tank commander. He served a total of 16 years including a deployment in Operation Desert Storm. After serving his country he moved back to his hometown of Pembroke. He worked for over 25 years in the aquaculture fishing industry where he was known to many as "Burl." After retiring in 2018 he could often be found at his camp fishing with his wife and family. He was known to be a very kind, gentle, and caring man, always willing to lend a helping hand, Brian was a friend to all. He cherished the simple things in life, he loved being outdoors, spending time in his gardens, going on hikes and having family cookouts on “Jones’s” beach. Brian could also be found riding the ATV trails and volunteering at the Dennysville ATV Club. Brian was very passionate about studying his family genealogy and had a strong love and commitment to family.

In lieu of flowers donations may be made in Brian’s memory to the Dennysville ATV Club, P.O. Box 45, Dennysville, Maine 04628 or the Maine Veteran services 207 Parkview Ave, Bangor, Maine 04401.

A graveside service will take place in the spring and will be announced at a later date. Arrangements by Mays Funeral Home, Calais & Eastport. Condolences and memories may be shared at www.MaysFuneralHome.com
To order memorial trees or send flowers to the family in memory of Brian Douglas Jones, please visit our flower store.