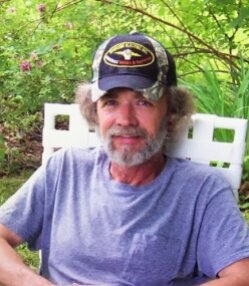 Brian graduated from Camden-Rockport High School, Class of 1976. He enlisted in the United State Air Force, initially serving at Pease Air Force Base, and later with the 380 Bombardment Wing, Field Maintenance Squadron of the FMS Battalion in Plattsburg, NY. Brian graduated with President’s Award in Excellence in Residential and Commercial Electricity on May 15, 2003 from Washington County Technical College. He was employed at the Calais Wastewater Treatment Plant, Cianbro, Riverside Electric, and most recently with Maintenance for the Calais Border Station. On November 23, 2013, he married his love and best friend, Gina Pavone.

Brian was active in his community. He was a volunteer firefighter / EMT for the Calais Fire Department for over 10 years, and volunteer EMT for McGovern Ambulance Service, Past Master of St. Croix Lodge No. 46 A.F. & A.M. where he also served as Secretary and served as Masonic Assistant Grand Lecturer. Brian was an avid outdoorsman, enjoying hunting, fishing, four-wheeling, snowmobiling, camping, BBQ with family, golfing and riding his motorcycle with his wife. He also enjoyed bowling, country music, dancing, stock car racing, love for his pets, and bald eagles. Family was most important to Brian and his most precious moments were those times spent with his family, especially his children and grandchildren.

A Celebration of Brian’s Life will be held at a later date. In lieu of flowers, donations in Brian’s memory may be made to St. Croix Lodge Charity Fund, 77 Washington St., Calais, ME 04619. Arrangements by Mays Funeral Home, Calais & Eastport.
To order memorial trees or send flowers to the family in memory of Brian Scott Clark, please visit our flower store.