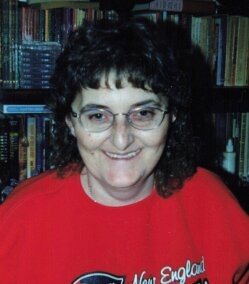 Baring Plantation – Bonita Marie (Perkins) Casey, 68, passed away at Calais Regional Hospital on February 23, 2021. Bonita was born in Calais on April 3, 1952 to Gerald and Mary (Hanson) Perkins. She was raised, along with her five siblings, in Calais where she attended school.

Bonnie worked many jobs over the years in retail stores and restaurants. She was an animal lover and could often be found watching wildlife around her house and over the years, she brought in many dogs and cats that needed a home. Bonnie enjoyed hobbies that allowed for her to be at home enjoying her country lifestyle including gardening, coloring, and spending time outdoors, but she enjoyed knitting and crocheting the most and was exceptionally good at both, selling many pieces to her friends and neighbors.

Bonnie was intelligent, kind and observant of the people around her. She not only read her Bible daily, but she also loved to read in general. Her faith in God was strong which drove her to become an ordained minister and was honored to have officiated for both of her son’s when they each were married.

In addition to her parents, Bonnie was predeceased by her husband, Dale Casey; siblings, Robert, Douglas, Kenneth, and Carol Perkins and her sister and brother-in-law with whom she shared an incredibly special bond, Geraldine and Donald McGouldrick.

She is survived by her three children, Jennifer Burns of Jonesport, Buck B. Perkins and his wife Beth of Calais and Terry L. Bamford of Baring; several grandchildren and many nieces and nephews including Stephen, Carl, Chad, and Dawn McGouldrick with whom Bonnie was very close.

A committal service at Baring Cemetery will be held at a later date. Arrangements by Mays Funeral Home, Calais & Eastport.

To order memorial trees or send flowers to the family in memory of Bonita M. Casey (Perkins), please visit our flower store.