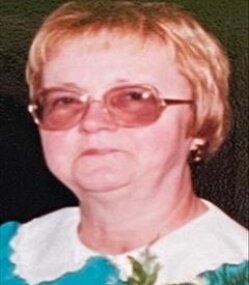 Marshfield – Beth Elaine Foss Hatt, 78, passed away unexpectedly but peacefully on Monday, May 16, 2022 at Eastern Maine Medical Center in Bangor. Beth was born in Machias on June 4, 1943, daughter of Warren and Virginia (Pennell) Foss. She was the oldest of three children.

Beth was raised in Machias and graduated from Machias Memorial High School in 1961. After graduating, she moved to Bangor and worked as a copy editor for the Bangor Daily News. Being homesick, she returned to Machias and shortly thereafter met the love of her life, Ronald “Bucky” Hatt, whom she married in 1965. Beth had several jobs over the years and often worked side by side with her husband. Both of them worked at D.W. Small in Machias, Newco Market in Orono and they owned their own store “Bucky & Beth’s Grocery” in Prospect Harbor. After returning to Machias, Beth spent the next 10 years working for Bangor Hydro Electric Co. until taking early retirement when they closed the Machias office. Retirement wasn’t dull for her as she and Bucky enjoyed their camp on Fulton Lake and had their grandchildren with them more often than not. She was extremely proud of her grandchildren and great-grandson and they were the absolute center of her world. Beth enjoyed playing games on the computer, watching the birds and wildlife that came around her home, and always looked forward to time spent with her great-grandson Jaxson.

Beth is survived by her daughter Veronica Harriman and her husband Scott of East Machias; brother, James Foss of Houlton; sister, Judy Morris of Powder Springs, GA; granddaughter, Whitney Hatt and partner Billy Grant of Marshfield; grandson, Ryan Conley of East Machias; and great-grandson, Jaxson Grant of Marshfield. She also leaves behind several special nieces and nephews and their families as well as a very special neighbor and friend, Karen Ginn.

Beth was known and loved by many and words cannot express how much she will be missed by her family.

A joint graveside service for Beth and her mother Virginia Foss, will be held at 2pm Saturday, May 28, 2022, at Longfellow Cemetery. In lieu of flowers, donations may be made in Beth’s memory to the charity of one’s choice. Arrangements by Mays Funeral Home, Calais and Eastport.

To order memorial trees or send flowers to the family in memory of Beth Elaine Hatt, please visit our flower store.