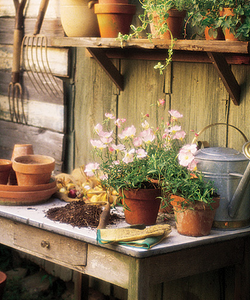 Dennysville – Bertha Frances Mattheson, 87, passed away on June 8, 2017 in Machias surrounded by her family. Bertha was born in Lubec, February 12, 1930 to Lloyd and Agnes (Bradley) Dinsmore where she spent her childhood. She married Archie L. Mattheson after moving to Dennysville where, together, they raised their children, Georgette and Gib.

Bertha was very proud of her family roots in Lubec, as a teen she began working at the local sardine factories in both Lubec and Eastport and, over many years, developed a satisfying talent for the job. In addition to planting flower gardens she was a keen bird watcher, she loved to feed them and would spend hours identifying the distinct species that would visit her home. Bertha was a devout member of St. John’s R.C. Church in Pembroke for over 60 years. In her later years, she could be seen walking in either Dennysville or Pembroke where she would go anywhere from three to five miles a day. Bertha’s greatest treasure in life were her great grandchildren, she cherished each of them immensely.

In addition to her parents she was predeceased by her husband, Archie Mattheson; two sisters, Mary Juliano and Dorothy Brown; two brothers, John and Harold Dinsmore and a very special friend, Barbara Lingley.

A Mass of Christian Burial will be celebrated by Father Kevin Martin 10:00 a.m., Monday, June 12th at St. John’s R.C. Church, Pembroke. Committal will follow at Dennysville Cemetery. Donations in Bertha’s memory may be made to Dennysville Ambulance c/o Wayne Seeley 1935 US Route 1, Edmunds, ME 04628. Arrangements by Mays Funeral Home, Calais & Eastport.

To order memorial trees or send flowers to the family in memory of Bertha Frances Mattheson (Dinsmore), please visit our flower store.