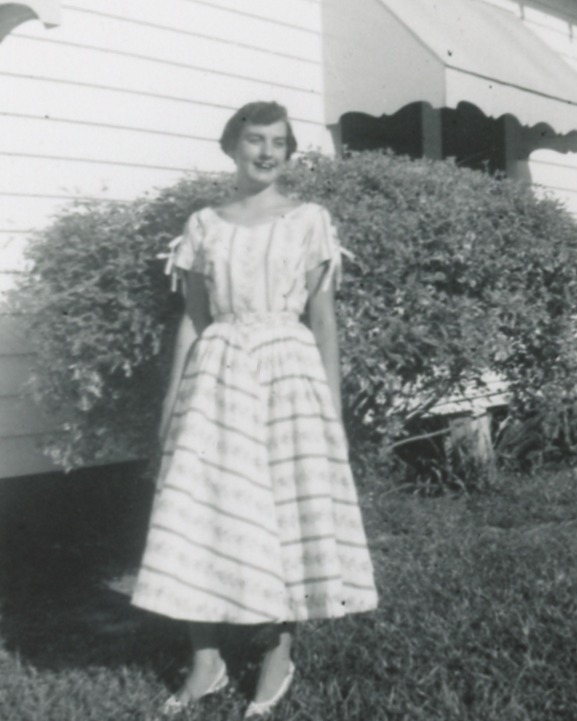 Barbara Joan Footer, 85 passed away Monday November 14th 2022 at EMMC hospital after a continued battle with a heart condition.

Barbara was born in Boothbay Harbor, Maine July 9th, 1937, to parents Eugene and Gladys (Nason) Larrabee. After moving to Sarasota, Florida for her educational years, Barbara followed her grandmother and aunt back to Bath, Maine for a summer visit following her graduation from high school in 1955. Her summer visit ended up being just down the road from her future husband Robert “Bob” Stephen Footer, who she met shortly after arriving.

Two years later they were married after Bob’s graduation from Maine Maritime Academy. While serving his two years in the Navy they resided in Norfolk, Virginia and then the Boston area where they started a family. After discharge they moved to Portland, Maine where Bob started in the Merchant Marines, and they continued their family. Mom raised four boys there until 1969 when the family moved to Calais, Maine for Bob to work at the mill, and two more boys came along in the early 70’s. Bob went back to sea in 1978 and they moved to Titusville, Florida to be closer to Mom’s parents. Maine seemed to call again as they moved back to Maine in 1987 and Bob went back to the mill.

After a few years of settling back in, Mom decided to go to the local vocational school and took up secretarial studies and was quite proud of that accomplishment, along with getting straight “A’s” at an older age. She worked mostly at Dave Fletcher’s Law office and at Dr. Taylor’s eyecare (a long-lasting working relationship).

With Bob’s passing in 2015, she decided in early 2016 to venture out to Weatherby Lake, Missouri and live with her son Rick and family. She returned to Calais in 2017 and lived at the Methodist Homes until 2019 when she moved to Bangor to live in an assisted living facility.

Mom had a quiet life for the most part, but she did enjoy watching the seasonal Boston area sports teams and watching golf with Bob. I guess it was enough to raise six boys and we remember in younger days her keeping busy with knitting all our winter apparel. She mistakenly taught us this craft and would catch us making the world’s longest scarf occasionally only to unravel it to make better use of the yarn.

In addition to her parents, Barbara was predeceased by her husband Bob and a grand-daughter Ashley. Surviving are her six boys and spouses (Mike and Cathy from Robbinston, Maine), (Ron from Tomah, Wisconsin), (Jim from Bangor, Maine), (Steve from Orlando, Florida), (Rick and Ashley from Weatherby Lake, Missouri), and (Don and Catherine from Gloucester, Virginia). Brother Robert Larrabee, nine grandchildren Joe and Nikki Footer from Calais, Maine with sons Joseph and Jacob, Julie and Caleb Biggers from East Waterboro, Maine, Sam Footer from Wisconsin and Ben Footer from Virginia, Josh and Karlie Footer from Fredericton, New Brunswick, Jennifer Footer from Weatherby Lake, Missouri, along with grand-children Max and Mia, and Emily and Braden Footer from Gloucester, Virginia, along with five great grandchildren. Finally, her special niece and the daughter she never had until the boys married, Nancy Leeman and her husband Mike from Hermon, Maine

A special thanks to the staff at the Phillips-Strickland House in Bangor for all their extra care where Mom lived, and an extra thanks to D’Arcy Libby for her extra care.

To order memorial trees or send flowers to the family in memory of Barbara J. Footer, please visit our flower store.