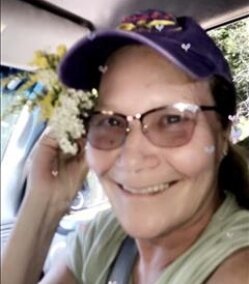 Ann was a free spirit that settled down to raise her family & later her son’s family during and after his two battles with Hodgkin’s lymphoma. Ann enjoyed spending time with her family whether it was just watching a movie, working on the lawn and garden, fishing, hunting or taking a spur of the moment road trip in car or on motorcycle, many of which ended up at the ocean.

Ann was an avid sport fan when it came to watching her children & then her grandchildren play, hardly missing a game cheering loudly and providing countless rides to practices & games giving them & her many memories.

Ann also enjoyed caring for the elderly & was employed as a home health personal care aide for many years before a car accident in 1998 ended her career.

Ann was a member of Orion Chapter No. 45 in Calais Maine which allowed her to continue to help people in the local community, especially the elderly. Ann was also a lady member of the Widow’s Sons motorcycle riding association which she enjoyed with her husband.

Ann truly had a heart of gold & touched the lives of many people with her generosity & willingness to help others that we in need.