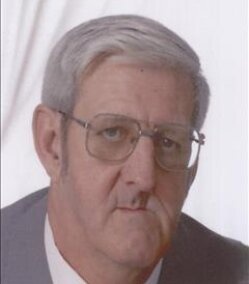 Alexander – Allen W. Greenlaw Sr., 85, passed away Monday, September 27, 2021 at Sebasticook Valley Hospital in Pittsfield. Allen was born in Calais on May 18, 1936, son of Louie and Mary (Noble) Greenlaw.

After graduating from Calais Academy, Allen worked for W.T. Grants until starting his career with Georgia Pacific. He retired from GP with over 25 years of service and was a member of the Quarter Century Club. On July 31, 1953, Allen married his love, Hilda Cousins. In 1957 he enlisted in the Army National Guard and served for over 18 years, achieving the rank of Staff Sergeant. Allen also was a volunteer firefighter for the Milltown Fire Department where he served as Captain.

He was a member of the St. Croix Bowling Club, St. Croix Country Club, Lion’s Club, and an Honorary Member of Sherman Bros. Post #3 American Legion.

After retiring they followed Ninna's dream and became snowbirds and spent several winters at Betmar Acres in Zephyrhills, FL.

Allen enjoyed playing golf and had 2 hole-in-one awards; St. Croix CC, hole #6 on 9-12-85 and Betmar Golf Club, hole #6 on 1-7-00. He also enjoyed attending the basketball tournaments in Bangor and occasionally playing the slots, morning coffee with the guys and stopping by Grampie Bill's for a sausage and a (sometimes fiery) chat.

The family would like to thank the Alexander Fire Dept. & EMT's and neighbors for helping Dad when he called.

A graveside service will be held October 17th at 1:00pm in the Calais Cemetery. Arrangements by Mays Funeral Home, Calais & Eastport.
To order memorial trees or send flowers to the family in memory of Allen Wilbur Greenlaw Sr., please visit our flower store.