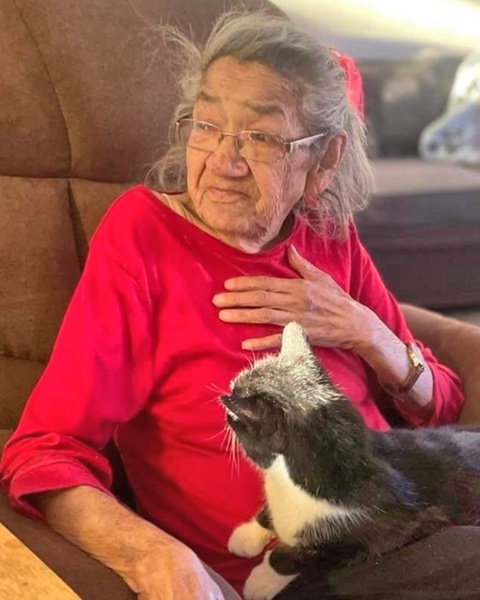 Peter Dana Point – Alice Marie Lola, 79, passed away surrounded by her family at home on Friday, August 12, 2022.  Alice was born at Peter Dana Point on November 13, 1942, daughter of William and Josephine (Socoby) Sockabasin.

Alice attended school at Peter Dana Point and married Ernest Lola.  She raised her nine children while making baskets and working for the basket coop.  Alice enjoyed cooking, sitting in her back yard drinking coffee and watching the birds, and playing cards, pitch, and bingo.  Family was everything to Alice, especially her grandchildren and great-grandchildren.