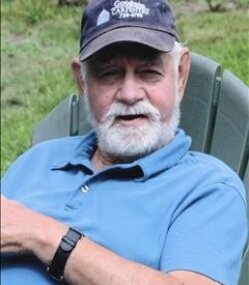 After graduating from Lowell High School, Al served in the Naval Reserves until enlisting in the United States Marine Corps during the Korean War. While on leave in Lowell, MA, he married the love of his life, Monica Marion, on May 7, 1955. Following his service, he returned home to Massachusetts and worked for Artisan Industries in Waltham, MA. In 1965, Al and Monica relocated to Pembroke, Maine where he started his career with Georgia Pacific, retiring with 30 years of service.

Al loved to be active in his community. He was elected to the Maine Legislature as a House Representative, serving four terms. Al also served his community of Pembroke on the School Board, as a Town Selectman, Planning Board, started a taxpayer association, and was currently the Treasurer for the Pembroke Library. Throughout the years he enjoyed hunting, fishing, had racehorses and was a member of the local trotting association, and golfing and was a member of the St. Croix Country Club. Al’s love for astronomy led him to purchase a large-scale telescope and operate the Goodwin Observatory.