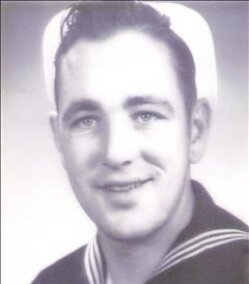 Eastport - Albert Norman Ross, 91, passed away peacefully on November 28, 2021, at his home in Eastport Maine. Albert was born in Eastport on October 7, 1930, the son of Albert D. and Theresa (Boone) Ross.

Albert joined the United States Coast Guard in 1948 and was stationed on many lighthouses and light ships. He retired from the USCG in 1972. After his retirement, he worked at the Mearl Corporation and later assisted Ralph Hicks Sr. with plumbing & heating. Big Gramp was an avid gardener who loved to deliver his prized crops to his friends around town.

Predeceased by his loving wife of 47 years, Helen (Cummings) Ross, his parents, his sisters Virginia Lawrence and Ella Sullivan, and a grandson Baby Patton. He is survived by his children and their spouses, Wayne and Janet Patton of Bass Harbor, Andrea and David Kendall of Perry, Rodney and Maryann Patton of Suffolk, Va., and Alberta Matthews and Jaime Tinker of Eastport. He will be missed by his grandchildren; Terri Gross, Dwayne and Mandi Patton, Jen Patton, Christine and Kevin Craft, Traci Patton and Dave Kelly, Cole Doughty and Zeke Tovar, David Kendall, Carrin and Geronimo Santos, Cristoforo Patton, Tara Bowen, Heather Patton, Dina Patton, Sonya and Corey Sullivan, and Ben Patton. Lovingly remembered by his great-grandchildren, Evan and Erin, Cooper, Robert and Kaci, Cynthia and Josh, Dillon, Elizabeth and Austin, Sierra and Tyler, Jacob, Christopher and Megan, Colby, Halle Rae, Gavin, Cierra, Brandon, Isaac, and Rory. Also, his great-great-grandchildren, Charlotte Rae, Landon, Levi, Cameron & Lincoln, Eliana, and soon to be baby Ava. He will also be remembered by special friends, Joan and Dan Newman, Alden (The Great White Hunter) and Karen Bacon, along with many nieces and nephews. Big Gramp will be missed by all who knew and loved him.

Visiting hours will be held 1 to 2 p.m. at Blakey Memorial United Methodist Church, 74 High St., Eastport. Following visitation, a Celebration of Albert’s Life will begin at 2 p.m. in the church. Burial with military honors will be held at Hillside Cemetery, Eastport. In lieu of flowers, donations in Albert’s memory may be made to a charity of one’s choice. Arrangements by Mays Funeral Home, Calais & Eastport.

To order memorial trees or send flowers to the family in memory of Albert Norman Ross, please visit our flower store.