To share your memory on the wall of Wilmagene Clark, sign in using one of the following options:

After graduating from Fort Kent High School, Class of 1939, Wilmagene attended Madawaska Training School for a year until going to New England Baptist Hospital College where she graduated as a Registered Nurse, Class of 1943. On November 3, 1943, she married her high school sweetheart, Robert Clark, in Leavenworth, Kansas where Bob was stationed. Wilmagene worked as a RN for Christ Hospital in Topeka, KS until they relocated back to Caribou where she worked in the local hospital.

While her husband went to college, they lived in Orono where she started raising their first child, Carol Ann, and eventually settled in Calais where the welcomed their second child, Sherry. Wilmagene was a devoted member of the First Congregational Church in Calais where she was active in the Women’s Group and helped with the church’s memorial fund. She loved the outdoors and enjoyed boating, fishing, gardening, spending time at their camp in Robbinston, reading and playing bridge.

In addition to her parents, Wilmagene was predeceased by her beloved husband Bob; her sister Joyce Carter and husband John; and a brother David Ramsay and wife Flora. Surviving are her two children, Carol Ann Smythe of Standish, and Sherry Pierce and husband Richard of Oakland; four grandchildren, Shannon Gorman and husband Christopher of Windham, Derek Smythe and wife Janelle McCoy of Eugene, OR, Nathan Pierce and wife Jody of Hallowell, and Benjamin Pierce and wife Julia of Camden; seven great-grandchildren, Ryan, Kayla and Dylan Gorman, Alexander, Ramsay, Angus and Boone Pierce; and many nieces and nephews.

The family wishes to thank the caregivers and friends who helped keep Gene in her home the last few months according to her wishes.

A graveside service will be held 1 p.m. Sunday, August 9, 2020 in Calais Cemetery. In lieu of flowers, donations in Wilmagene’s memory may be made to either the Robbinston Historical Society, PO Box 144, Robbinston, ME 04671, or the Calais Fire Dept, PO Box 413, Calais, ME 04619. Arrangements by Mays Funeral Home, Calais & Eastport.
Read Less

Receive notifications about information and event scheduling for Wilmagene

Consider providing a gift of comfort for the family of Wilmagene Clark by sending flowers.

We encourage you to share your most beloved memories of Wilmagene here, so that the family and other loved ones can always see it. You can upload cherished photographs, or share your favorite stories, and can even comment on those shared by others.

Posted Jul 26, 2020 at 01:23pm
Aunt Gene was an amazing lady. I will treasure the memories of family time at the camp in Robbinston, boat trips out to the islands (collecting shells, getting to drive the boat, and not knowing if we were in the US or Canada), and the last visit to Calais when Gene and I shared memories of my Dad. Rest in peace, Aunt Gene. You will be missed.

It was a great privilege to be apart of this lady’s life. And too see her everyday And she will be greatly missed by her little rascal. And my thoughts and prayers go out to the family. - Marsha Lund 😢
RM 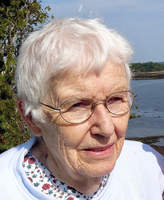 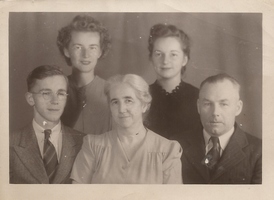 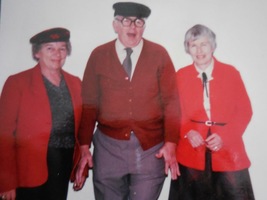