To share your memory on the wall of Thomas Farnham, sign in using one of the following options:

Provide comfort for the family of Thomas Farnham with a meaningful gesture of sympathy.

After graduating from Calais High School, Class of 1980, Tom enlisted in the U.S. Navy, serving four years with the Seabees. While serving in the Navy, he met his love, Markie Norman. Following their service, they stayed in California for eight years where he worked as a Master Electrician and operated his own business, Tom’s No Sweat Electric. Eventually Tom and Markie returned to Maine where he started his career with Eastern Maine Electric Co-Op as a lineman.

Tom was an avid outdoorsman and enjoyed hunting, fishing, snowmobiling and riding his Harley Davidson. He was a member of the American Legion in Calais and enjoyed spending time in Vanceboro, a place he called home.

Tom was predeceased by his father, Thomas Farnham. Surviving are his mother, Andrea Farnham of Calais; his beloved wife of 28 years, Markie Farnham; his daughter Aleea and her companion Jacob Sterner of Baring; two sons, Thomas Farnham and Sam Wheelhouse of Calais; his granddaughter who was the sparkle in his eye, Lucy Lee; grandson Hunter Sterner; two sisters, Joyce Whitney and husband Tim, and Brenda O’Leary and husband Galen; nieces and nephews, Ashley and Tim Wilcox, Brittney and Jerry Lafavor, Katlyn and Jon Grissom, and Erin O’Leary; numerous great-nieces and great-nephews; his mother-in-law Suzette McVicar; brothers-in-law Kirk Maenhout and wife Sue, Brandon McVicar and Pete Smith; numerous friends too many to mention; his extended family at Eastern Maine Electric Co-Op; and his Remy girl.

A Celebration of Tom’s Life will be held 3 p.m. Wednesday, December 4, 2019 at the Calais Motor Inn, 663 Main St., Calais. A private burial will take place at a later date in the Vanceboro Cemetery. In lieu of flowers, donations in Tom’s memory may be made to Machias Savings Bank, 210 North St., Calais, ME 04619. These funds will be used for a scholarship to help a student attending Washington County Community College, studying to be an electrician. Arrangements by Mays Funeral Home, Calais & Eastport.
Read Less

Consider providing a gift of comfort for the family of Thomas Farnham by sending flowers.

We encourage you to share your most beloved memories of Thomas here, so that the family and other loved ones can always see it. You can upload cherished photographs, or share your favorite stories, and can even comment on those shared by others.

Posted Dec 03, 2019 at 11:51am
Dear Family and Friends of Tom - May the God of hope give you the fullness of peace, and may the Lord of Life always be with you. May Tom's soul, and all the souls of the faithful departed, through the mercy of God, rest in peace. Amen
Comment Share
Share via:

Posted Dec 03, 2019 at 11:49am
To the family of Tom, deepest, saddest and most heat felt sympathies. from Shirley and Mike in Vanceboro.
Comment Share
Share via:
D

Posted Nov 30, 2019 at 05:34pm
Markey and family. You are in our thoughts and prayers. Tom was always there for anyone who needed help. We ran into him last month in eddington. We were all getting gas, And we had a great time talking with him.
Comment Share
Share via: 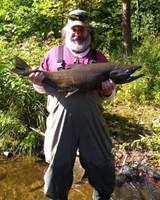 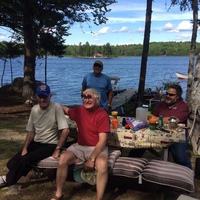 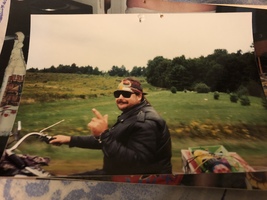 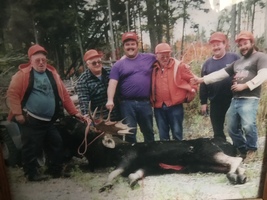