To share your memory on the wall of Theodore Michaud, sign in using one of the following options:

In addition to his parents, Ted was predeceased by seven brothers, Rene, Lionel, Camille, Roland, Philip, Benoit and Thomas; and his special friend and companion, Aurore Duplessie. Surviving are his daughter, Janice O’Neal and husband Tom of Calais; two grandchildren, Brian O’Neal and wife Kathleen Wallace of Eastport, and Jessica Woodman and husband Levi of Pembroke; two great-grandchildren, Aidan and Daphne Woodman; two sisters, Lucille Janowski of Portland, and Gilda Simms of CA; and many nieces and nephews.

In keeping with Ted’s wishes, there will be no services. A private burial will take place at a later date. Arrangements by Mays Funeral Home, Calais & Eastport.
Read Less

Receive notifications about information and event scheduling for Theodore

We encourage you to share your most beloved memories of Theodore here, so that the family and other loved ones can always see it. You can upload cherished photographs, or share your favorite stories, and can even comment on those shared by others. 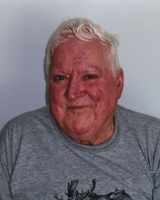