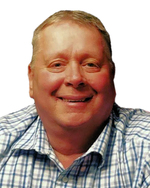 Steve earned an Associate’s Degree in Forestation from Washington County Technical College in the mid 1970’s, married shortly thereafter, and spent many years working as a true Maine lumberjack. Over those years, many will remember his presence in the community through his passionate work as a coach for youth sports, his leadership in the Little League program even after his children had since moved forward through their school years, and as a softball/baseball umpire and high-school basketball referee. He was a resilient man who knew how to make things happen, later building himself a new career within the pipeline industry. He began as a general laborer in 1999 and most recently served as the team leader for environmental crews on various contracts. Steve enjoyed any and all action movies, the Boston Red Sox, and the New England Patriots. He never said no to a game of blackjack, a quick quarter-flipping challenge, or to a friend in need.

Steve is survived by his former wife Debbie Cox-Dow of Alexander, daughter Kelly Ann Dow and fiancé Steve Austin of Hermon, son Shaun Steven and husband Nathaniel Basting of New Glarus, WI, grandson Jaykob Steven Daniel Dow of Hermon, father-in-law Robert Pomeroy of Milltown, sister Donna Ruopp and husband George of Shapleigh, brother Mike Dow of Houlton, many cousins, several nieces and nephews, as well as many close friends and coworkers, and his best friend of many years, John Hill of Calais. Steven was a loving father and grandfather, and a devoted friend. He loved sports, his family, and all people in his life.

A remembrance service will be held for Steve at Mays Funeral Home, 26 Church St., Calais at 10 am. Wednesday, January 23, 2019. Condolences and memories may be shared at www.maysfuneralhome.com

As Steve was a passionate advocate of youth sports programs positively impacting and shaping the children of the community, his family kindly requests gifts be directed to the Calais Little League program in his honor. Gifts may be mailed to Calais Little League, 986 Ridge Rd., Robbinston, ME 04671.

Steve’s family would like to express sincerest gratitude to the staff at Mays Funeral Home for their assistance during this incredibly unexpected and difficult time.