To share your memory on the wall of Shane Brown, sign in using one of the following options:

Provide comfort for the family of Shane Brown with a meaningful gesture of sympathy.

After graduating from Calais High School, Class of 2006, Shane furthered his education at Husson University, majoring in Business. While at Husson, he met his love, Caitlin Wright. On September 29, 2016, they were united in marriage. Shane worked various places until finding his dream job with Bangor Motorsports.

Shane was a member of Adventure Ride Maine and the snowmobile club in Hermon. He loved the outdoors, riding four-wheelers, snowmobiles, motorcycles and his bicycle. His most enjoyable times were those spent with his two daughters, taking them to all their activities. Shane found his true passion being a dedicated and loving husband, father and son.

Shane was predeceased by his Nan and Pa, Mary and Larry Gillespie; his Gamp Norman and Donna Brown, and an uncle, Donnie Burgess. Surviving are his wife and best friend, Caitlin Brown; his two daughters whom he loved to the moon and back, Hartley Anna and Peyton Mary; his parents, Dean and Michelle Brown of Alexander; brother Evan Brown of Alexander; mother-in-law and father-in-law, Joyce and Russell Wright of Lubec; sister-in-law, Krista Wright of Lubec; grandmother-in-law Carolyn Wright of Lubec; two nieces, Leah Marie and Jaelyn Anna; aunts and uncles, Mary-Jo and Jeff Smith, Wendy and Daniel Foster, Billy Gillespie, Randy and Becky Wright, Ricky and Tammy Wright, Roger Wright and Darlene Wright and companion Craig Fletcher; best friends, G and Jocelyn Lucero of Hermon; many cousins; his extended family and friends at Bangor Motorsports; his canine companion, Oakley; and two feline companions, Jackson and Liam.

Visiting hours will be held from 1 p.m. until 2 p.m. Sunday, November 10, 2019 at Mays Funeral Home, 26 Church St., Calais. Following visitation, a celebration of Shane’s life will be held at 2 p.m. with Anthony Giard, Celebrant. In lieu of flowers, donations may be made to https://www.gofundme.com/f/9dz6nq-shane-brown to help his wife and daughters.
Read Less

Consider providing a gift of comfort for the family of Shane Brown by sending flowers.

We encourage you to share your most beloved memories of Shane here, so that the family and other loved ones can always see it. You can upload cherished photographs, or share your favorite stories, and can even comment on those shared by others.

Posted Nov 11, 2019 at 07:30pm
To the Family of Shane Brown from Randy & Therese McCormick. Regrettably, we were unable to attend the remembrance for Shane. However, please know that you are all in our prayers. I have many fond memories of Shane as one of my students at CHS - in particular that of his Mr. CHS performances. I had been in contact recently with Shane as we discussed a purchase of a SxS. He was the consummate professional while offering his wisdom as we contemplated our purchase. He had such a way to put people at ease with his great smile and fun sense of humor. Rest in peace, Shane.
Comment Share
Share via:
KM

Posted Nov 11, 2019 at 03:08pm
So so sorry for your family’s loss Shane was great young man father son friend and salesman he will be sadly missed by all Kirk & Sue Maenhout.
Comment Share
Share via:
T

Posted Nov 09, 2019 at 11:42am
Dear Caitlin and family. So sorry for your loss of your wonderful husband. Sincere condolences.
Paula and Bunky Tinker
Comment Share
Share via:
BM

Posted Nov 09, 2019 at 07:14am
To Shane's wife and his parents: There are no words that can express the loss of such a young vibrant man. May you find some comfort knowing that he was loved by so many and your memories are plentiful. He has left you two beautiful children to guide and nurture. Prayers being sent to all of you for strength and may your faith carry you through. Always in our thoughts and prayers. Bob and Mary Lou McGraw
Comment Share
Share via:
BJ

Posted Nov 08, 2019 at 10:26pm
Dean & Michelle,
From Milltown to Alexander, I have known you both my whole life and the loss of your son bears a huge weight on my heart!
I am so sorry for your loss and I pray you find peace and healing. Love to all! Beth Johnson
Comment Share
Share via: 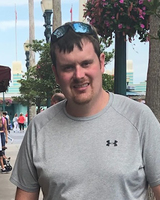