To share your memory on the wall of Phyllis Halligan, sign in using one of the following options:

Print
Calais & Eastport – Phyllis J. Halligan, 71, passed at a Bangor hospital after a long battle with health issues. She was born May 31, 1949 to Sedora and Joseph “Frenchy” Gallant.

Phyllis was a mom, sister, and friend. She enjoyed... Read More
Calais & Eastport – Phyllis J. Halligan, 71, passed at a Bangor hospital after a long battle with health issues. She was born May 31, 1949 to Sedora and Joseph “Frenchy” Gallant.

Per family wishes there will be no service. Services by Mays Funeral Home, Calais & Eastport.
Read Less

Receive notifications about information and event scheduling for Phyllis

We encourage you to share your most beloved memories of Phyllis here, so that the family and other loved ones can always see it. You can upload cherished photographs, or share your favorite stories, and can even comment on those shared by others.

Posted Jun 22, 2020 at 07:04pm
To Phyllis's family:
Phyllis was a great friend. We shared many times together both good and bad at dialysis. She loved my candy. I loved sharing them with her. Little did she know most were sugar-free. She and I would laugh together. Iam sorry for your loss but it will be heavens gain
Al Weickers
Pembroke, Maine
Comment Share
Share via: 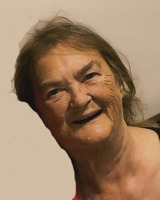