To share your memory on the wall of Perry Shain, sign in using one of the following options:

After the death of his father Harry, he relocated back to Maine to be closer to his roots. Perry had many jobs, but worked for twenty years at Walmart both in South Carolina and Maine. He has been a service tech in the automotive department and has made MANY friends in the company.

Perry was a friendly, kind-hearted man. He loved to tease, tell jokes, dance and have a good time. Loving the outdoors, he often went 4-wheeling, camping, swimming and spending time with his family and friends. He was a giving person and would go the extra mile for the people he cared about.

Receive notifications about information and event scheduling for Perry

Consider providing a gift of comfort for the family of Perry Shain by sending flowers.

We encourage you to share your most beloved memories of Perry here, so that the family and other loved ones can always see it. You can upload cherished photographs, or share your favorite stories, and can even comment on those shared by others.

Flowers were purchased for the family of Perry Shain. Send Flowers

Posted Jan 11, 2020 at 06:43pm
have known Perry for many years and always looked forward to chatting with him at Walmart it wont be the same going to automotives, condolences to the family, Skip and Nancy Johnson
Comment Share
Share via:
SB

Posted Jan 10, 2020 at 07:07pm
I knew you from school and being married to my cousin. You guys brought forth three amazing kids and beautiful grandchildren. It’s without a doubt, you will be missed by all the countless friends and family who recall your kind spirit. Your gone but will forever be in the hearts of all who loved you! Fly high with the angels!🙏🏻🙏🏻 Jo Ann DeWitt Wright
Comment Share
Share via: 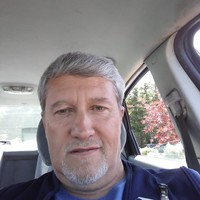