To share your memory on the wall of Nicholas Smith, sign in using one of the following options:

Provide comfort for the family of Nicholas Smith with a meaningful gesture of sympathy.

Nick graduated from Calais High School, Class of 2012, where he was active with the Dr... Read More
Calais – Nicholas Wesley Blair Smith, 27, passed away unexpectedly Sunday, October 13, 2019. Nick was born in St. Stephen, NB on September 8, 1992.

Nick graduated from Calais High School, Class of 2012, where he was active with the Drama and Chess clubs. He went to work at Acrobat in Calais, Walmart, and most recently was employed at Hardwick’s. Nick enjoyed playing video games, going to concerts with friends, but above all, he loved spending time with his family, especially his twin nieces Hallie and Ava. Nick will be remembered for his kind, caring and gentle nature. He always enjoyed joking around and had the driest sense of humor. Nick was always the life of the party and always brought joy to those close to him.

Nick was predeceased by his grandmother, Nancy Perry. Surviving are his mother, Jennifer McNeil of Calais; grandfather, Ernest Perry of Calais; his sister Jade Smith of Calais; his two nieces, Hallie and Ava Taylor; uncle and aunt Jamie and Kelly Perry; great uncle and great aunt Sam and Kristi Saunders; his best friend Mike Gardner; many cousins; and his extended family at Hardwick’s.

Visiting hours will be held 4-6 p.m. Sunday, October 20, 2019 at Mays Funeral Home, 26 Church St., Calais. In keeping with Nick’s wishes, there will be no services.
Read Less

Consider providing a gift of comfort for the family of Nicholas Smith by sending flowers.

We encourage you to share your most beloved memories of Nicholas here, so that the family and other loved ones can always see it. You can upload cherished photographs, or share your favorite stories, and can even comment on those shared by others.

Posted Oct 26, 2019 at 01:01am
I remember when Nick and I went on a trip to Bangor and on our way back at night, we were listening to scary stories, creeping ourselves out. Of course, being the friend I am, I decided to pick on him by freaking him out at the rest stop, being as dark and eerie as it was outside. We almost got run off the road by a semi on the way back. I'm going to miss watching movies with him, making fun of them, going on drives to random places, and planning skits and movies we would never make. I love you, man. You're going to be missed so much.
Comment Share
Share via:
EW

Posted Oct 25, 2019 at 09:27pm
“God himself will be with them. And he will wipe out every tear from their eyes and death will be no more,
neither will mourning nor outcry nor pain be anymore. The former things have passed away.
(Revelation 21:3,4)
Comment Share
Share via:

Posted Oct 19, 2019 at 01:43pm
You were so much fun to work with in theatre. You were so naturally talented and the comic relief. I'm sorry for the family
Comment Share
Share via:
MS

Posted Oct 18, 2019 at 05:20pm
Ernie, Jennifer and family. So sorry for your loss. Our prayers and thoughts are with each of you.
Comment Share
Share via:
AS

Posted Oct 15, 2019 at 05:07pm
Nick was a talented and natural performer. My favorite memories include his roles as The Announcer in Senior Year Survivor, Dim Bulb in Superhero Sanitarium and Tom in Joey Boy. He was named Best Actor for the drama club Oscars in 2012, an honor he well deserved! I am sending my heartfelt condolences to his family.
Comment Share
Share via: 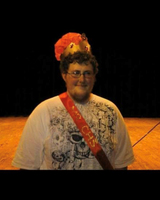 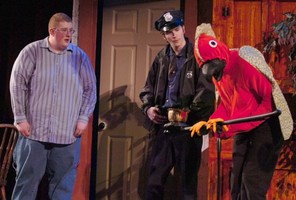