To share your memory on the wall of Melissa Corbett, sign in using one of the following options:

Due to COVID, a celebration of Melissa’s life will be held at a later date. In lieu of flowers, donations may be made in Melissa’s memory to PAWS, 368 South St., Calais, ME 04619. Arrangements by Mays Funeral Home, Calais & Eastport.
Read Less

Receive notifications about information and event scheduling for Melissa

We encourage you to share your most beloved memories of Melissa here, so that the family and other loved ones can always see it. You can upload cherished photographs, or share your favorite stories, and can even comment on those shared by others.

Posted Sep 18, 2020 at 08:57am
To all of the Jones/Corbett family Such a loss, my heart aches for all of you. May you find comfort knowing she is in God's hands now. Rest in peace dear child.
Comment Share
Share via:
KW

Posted Sep 17, 2020 at 06:03pm
Nana, Gigi, Cyndi, Ron, Sammy, Lexi, Kara, Maddy, Bronson & my dear friend Carly, I am so, so sorry to hear of Auntie's passing. Melissa was an amazing woman with a big heart. Thinking of you all at this very difficult time. Hugs to all.
Comment Share
Share via:
HH

Posted Sep 17, 2020 at 03:31pm
So sorry to hear of Melissa's passing. Our condolences to all the family.
Earl and Helen Hold Adams
Comment Share
Share via:
FE

Posted Sep 15, 2020 at 11:36am
My deepest sympathy to Melissa's family. My heart goes out to you all. I will always remember her and our talks and antics. Her pain and suffering are over and she is at peace. If any of you need anything please let me know.
Comment Share
Share via:
KP

Posted Sep 15, 2020 at 04:27am
My heartfelt sympathy to Melissa's family. I had the pleasure of knowing Melissa in both a working capacity as well as someone who shared my love for aerobics. She was a wonderful and sweet girl who always had a smile on her face and a friendly hello. My thoughts and prayers are with you all during this difficult time.
Comment Share
Share via: 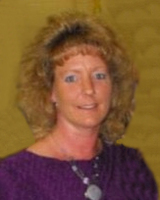