To share your memory on the wall of Maxine Arbo, sign in using one of the following options:

After graduating from Calais High School, Maxine went on to Eastern Maine General Hospital, becoming a registered nurse. As an R.N., she worked at Houlton Hospital, Utterback Hospital in Bangor, and Calais Hospital. Maxine also worked at hospitals in Boston and White Plains, NY. Eventually she become a home health nurse and later worked in Public Health Nursing. Maxine covered most of Eastern Washington County doing home visits and school clinics. During her nursing career, she was loved by all whom she came in contact with. After retirement, Maxine and Ed flew around the eastern United States and Canada in their plane.

Maxine had a warm heart, great sense of humor, and a compassionate and gentle soul. She loved her family, her children and grandchildren, friends, and her cats and dogs who gave her great enjoyment. Special thanks and appreciation goes to her caretaker and friend, Sally Ketchen, who went above and beyond in her care for both Maxine and Ed.

In addition to her parents, Maxine was predeceased by a brother, Kenneth Dodge; and a sister-in-law, Hilda Lister. Surviving are her beloved husband of 63 years, Edward P. Arbo; her three children, Diane James and husband Cary of Orono, Tammi Smith of Meddybemps, and Scott Arbo and wife Amber of Princeton; six grandchildren, Evan James and fiancé Amanda Paez of Orono, Ross James and wife Molly of Charlestown, MA, Mindy Brown and husband Chris of Milford, Bonnie Smith and companion Matthew Ayer of Franklin, NH, Daniel Wallace and companion Michaela Carson of Meddybemps, and Ryan Arbo of Portland, and two step-grandchildren, Ryan and Shain McIver, both of Princeton; three nieces, Christine Straub, Ingrid Morton, and Rebecca Donovan; a nephew, Paul Clifford; sister-in-law Joan Dodge of FL; many nieces, nephews and cousins; and her feline companion Kitty.

A Celebration of Maxine’s life will be held in the spring. Donations in Maxine’s memory may be made to PAWS Bravehearts, 368 South St., Calais, ME 04619. Arrangements by Mays Funeral Home, Calais & Eastport.
Read Less

We encourage you to share your most beloved memories of Maxine here, so that the family and other loved ones can always see it. You can upload cherished photographs, or share your favorite stories, and can even comment on those shared by others.

Posted Feb 04, 2020 at 04:44pm
Maxine was a great woman... always joking n laughing. I remember she was the nurse when I was in grade school that would come around to all the schools. If you saw her coming it was heads on desk for lice check! May you rest peacefully!🌸🌸My condolences to all the family.😢😢
Comment Share
Share via: 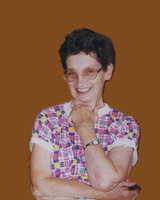 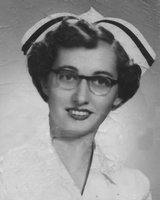