To share your memory on the wall of Mary Merrill, sign in using one of the following options:

Print
Calais – Mary Merrill, 96, passed away Friday, September 11, 2020 at Marshall Healthcare in Machias. Mary was born in Kosice, Czechoslovakia on May 12, 1924, daughter of George and Helen (Yurco) Rusnak.

Mary immigrated to the United... Read More
Calais – Mary Merrill, 96, passed away Friday, September 11, 2020 at Marshall Healthcare in Machias. Mary was born in Kosice, Czechoslovakia on May 12, 1924, daughter of George and Helen (Yurco) Rusnak.

Receive notifications about information and event scheduling for Mary

Consider providing a gift of comfort for the family of Mary Merrill by sending flowers.

We encourage you to share your most beloved memories of Mary here, so that the family and other loved ones can always see it. You can upload cherished photographs, or share your favorite stories, and can even comment on those shared by others.

Posted Sep 12, 2020 at 07:49pm
I will forever love and miss you Grammie! I will always be grateful that God chose you to be my grandmother. You taught me so many valuable lessons, and created more incredible memories for me than I could possibly list here. I sometime open your armoire just so I can smell your old perfume, I hope that stays with me for as long as my love and memories of you. I will miss you deeply and always hold a sacred place in my heart for you.

Posted Sep 12, 2020 at 07:56am
I still remember the feeling the day I met Elston and Mary as a 10 year old girl. They instantly welcomed me as Greg's (soon to be) baby sister and one of their own. Elston passed too soon, but Mary (and Atwood) were always happy and loving through the many years. I've always admired her strength of character and heart of gold ... her love of God, family and country. Soar with the angels, Mary. I will see you again. You all are in Bruce's and my thoughts and prayers. ... Father God of love and mercy, embrace all those whose hearts today overflow with grief and such a sense of loss at Mary's passing. You hold time within Your hands, and see it all, from beginning to end. Please keep and carry these precious people in their sadness and loss. Grant them space to express their tears. Hold them close through the coming days. Keep them safe as they gather together. I ask in the precious name of Jesus. Amen.
Comment Share
Share via:
RR 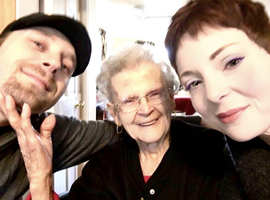 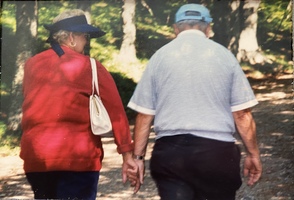