Order a Book of Memories™
for Your Loved One
Learn More

We are here to help you. If you have need of our services, please call us, day or night. Or, if you prefer, you can fill out the form on the right.

Are you thinking about pre-planning your funeral? Pre-planning is the best way to choose how you're remembered, to ease the emotional and financial burden on your loved ones, to protect yourself from rising funeral costs, and to let your family know your final wishes.

To share your memory on the wall of Mary Alice Pottle, sign in using one of the following options:

Provide comfort for the family of Mary Alice Pottle with a meaningful gesture of sympathy.

Alice graduated from Shead Memorial High School in 1938 and worked in New York City until the early days of World War II when she moved to Washington, DC, to work for the Department of the Navy. In 1948 when Military Sea Transportation Service was formed by the Secretary of Defense Alice was assigned to schedule tankers to supply fuel and supplies to bases all over the world. In 1978 Alice retired and moved to Portland to be near her sister and moved to Calais in 2018. Due to failing health she moved to Eastport Memorial Nursing Home a few months ago.

In addition to her parents Alice is predeceased by her sister Carolyn Shannon, brothers Milton Pottle and Merle MacNichol, nephew Ronnie Shannon and niece Heather MacNichol.

She is survived by her many nieces and nephews, Dougie and Anita Pottle of Perry, Gloria and Lee Harris of Perry, Judy Shannon of Portland, Jesse and Jill Shannon of South Portland, Lorraine and John Mitchell of Calais and Stanley and Holly MacNichol of Perry; several very special great nieces and nephews, and friends Marilyn Sells of Portland and Ann Foley-Schools of Gorham.

Alice’s family would like to thank the administration and staff at EMNH for taking such wonderful care of her.

Consider providing a gift of comfort for the family of Mary Alice Pottle by sending flowers.

We encourage you to share your most beloved memories of Mary Alice here, so that the family and other loved ones can always see it. You can upload cherished photographs, or share your favorite stories, and can even comment on those shared by others. 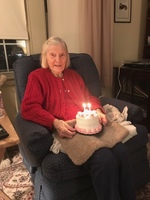