To share your memory on the wall of Marvelle Pottle, sign in using one of the following options:

Print
Robbinston & Calais – Marvelle Cora Pottle, 87, went home to be with the Lord on August 5, 2020. Marvelle was born in Perry on January 14, 1933, the daughter of Wesley and Gladys (Johnson) Pottle.

She had a strong work ethic and hel... Read More
Robbinston & Calais – Marvelle Cora Pottle, 87, went home to be with the Lord on August 5, 2020. Marvelle was born in Perry on January 14, 1933, the daughter of Wesley and Gladys (Johnson) Pottle.

She had a strong work ethic and held several jobs over the years beginning at the local sardine factories, then at Ware Knitters, Hathaway’s and Guildford Industries doing piece work, she also worked with Project Lodestone and in her later years Marvelle worked as a CNA at Barnard’s Nursing Home in Calais before retirement.

Her hobbies included sewing, puzzles, and cooking. She was well known for her applesauce, bread and butter pickles, and legendary apple pies.

Marvelle was a strong, independent woman of faith with a huge heart and a sweet nurturing spirit. She had a great love of her family, who affectionately referred to her as Sis or Nan. Though she had no biological children of her own, a special great-niece, Lanette, stole her heart from the moment she was born. She treated her as a daughter and considered her as such. They had an incredibly close relationship and together, many treasured memories were made – none as special as when she became a grandmother. It was a role and privilege she cherished. Nothing brought her more joy than her “grandchildren” Chris and Katie. She was proud of them both, which was easy to see as her eyes twinkled every time she talked about them.

In addition to her parents, Marvelle was predeceased by all of her brothers and their wives, Leonard and Roberta, Richard and Gerry, Carroll and Ruthie, Shirl and Meg and Franklin along with a very special sister-in-law, Della (Wilson) Pottle.

She is survived by her loving companion of thirteen years, John Tenters of Calais; her “daughter” Lanette Pottle and her husband, Mike of Robbinston and their children, Christopher Woodside of Standish, Kaytlin Bremmer of FL; Scott Pottle and his wife Corrie of GA, Kalya Pottle and her fiancé Ben Clark of Calais and Jesse Pottle of Calais; many nieces and nephews as well as extended family and special friends.

A short graveside service will be held at Brewer Cemetery in Robbinston on Saturday, August 8th at 10:00 am.

Receive notifications about information and event scheduling for Marvelle

Consider providing a gift of comfort for the family of Marvelle Pottle by sending flowers.

We encourage you to share your most beloved memories of Marvelle here, so that the family and other loved ones can always see it. You can upload cherished photographs, or share your favorite stories, and can even comment on those shared by others.

Posted Aug 07, 2020 at 01:42am
Marvelle is one of the sweetest ladies! I'm so glad I had the privilege to take care of her.She had the most beautiful smile.Foever in my heart she will stay xo.
Comment Share
Share via:

Thank you for all you did for her, Lisa... including giving her moments to smile about.

Thank you for all you did for her, Lisa... including giving her moments to smile about.
BB

Posted Aug 06, 2020 at 07:56pm
I have many wonderful memories of things Sis and I did together through the years. We were often asked if we were sisters. We would laugh and say, "no just related, but thank you.
She has gone now to meet her Mother at the Eastern Gate. I love you, Sis.
Comment Share
Share via:

I was just reading the poem she wrote about people confusing the two of you and it made me chuckle. Her love for you was strong and is never-ending.
L

She loved you so much, Lani. 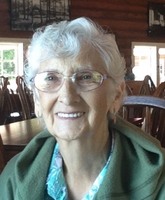