To share your memory on the wall of Margaret Newell, sign in using one of the following options:

Provide comfort for the family of Margaret Newell with a meaningful gesture of sympathy.

After attending Shead Memorial High School, Margaret married Robert Newell and together they moved to Massachusetts where she worked at Fannie Farmer’s Candy Factory. They moved to Lawrence, Kansas where she worked for Haskell Indian Junior College. Eventually they returned to Maine and Margaret was an Ed Tech for Beatrice Rafferty School until starting her career as a receptionist for Pleasant Point Health Center, retiring with over 20 years of service.

Margaret was an avid Red Sox fan and enjoyed reading, playing cards, cribbage, computer games, spending time at the family camp, and listening to the scanner.

Consider providing a gift of comfort for the family of Margaret Newell by sending flowers.

We encourage you to share your most beloved memories of Margaret here, so that the family and other loved ones can always see it. You can upload cherished photographs, or share your favorite stories, and can even comment on those shared by others.

Posted Dec 09, 2019 at 02:08pm
Awe... Rose... you are the kindest, most gentle lady i knew.. your sweet voice and laughter will always be with me. I consider you one of the Golden girls that gathered at the top of the hill with the rest of them at aunty gen's house. We lost a very lovely native elder. It's harder and harder to watch as years pass to see all the most loved women and men go on before me... but i will see you again i know this in my heart. I will see all of you at the Happy Hunting Grounds with the Creator. Koselomol to the entire family... my heart is with you all. So very sorry for your loss. I will pray hard for you all.
Comment Share
Share via: 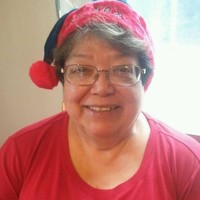