To share your memory on the wall of Levi Merchant, sign in using one of the following options:

Levi was predeceased by his wife and mother. He will be fondly remembered by his father, Solomon; three sisters, Annette Harmon and her husband Bill of Chamcook, Jane Calhoun of St. Stephen, and Cindy McLaughlin and her husband Carl of Chamcook, NB; his special friend, Donna MacKenzie; and several nieces, nephews and great nieces and nephews.

A memorial service in Levi’s honor will be held 2:00 pm (AST), Monday, March 16th at St. Andrews United Baptist Church, 115 King St., St. Andrews with Rev. Ladd Dunfield officiating. He will be laid to rest next to his wife at Dennysville Cemetery in the spring. In lieu of flowers, donations in Levi’s memory may be made to Charlotte County Cancer Society, PO Box 292, St. Stephen, NB E3L 2X2 or the charity of one’s choice. Arrangements by Mays Funeral Home, Calais & Eastport.
Read Less

Consider providing a gift of comfort for the family of Levi Merchant by sending flowers.

We encourage you to share your most beloved memories of Levi here, so that the family and other loved ones can always see it. You can upload cherished photographs, or share your favorite stories, and can even comment on those shared by others.

Posted Apr 01, 2020 at 09:01am
The Nashwaaksis Lons Club of Fredericton N.B., Canada wish to extend their condolences to the family, friends and fellow Lions on the death of Lion Levi. Although we did not know him personally, as a Lion, he has given much to his community.
Comment Share
Share via:

Posted Mar 15, 2020 at 11:18pm
So very sorry to hear of Levi's misfortune, and passing on. I remember him from when he was around twelve years old. Always a very friendly guy.....he knew many people, and was always around in the Border communities. Sending my deepest sympathy to all of his family....
Comment Share
Share via:

Posted Mar 12, 2020 at 11:43am
I first met him when he was 9 or 10 years old .I can still see him that day .We were friends every since .Many times we worked together in the scrap metal business .Many times we played together. He enjoyed Chinese food as much as I did .I will miss him .
Comment Share
Share via:

Posted Mar 11, 2020 at 05:53pm
Cindy and Carl , So sorry to hear of you and your family's loss of your dear brother Levi.
Jean and Al Vachon
Comment Share
Share via:

Posted Mar 11, 2020 at 01:40pm
I was so shocked to hear of Levi passing. Had not seen him for a couple years, I think @ Walmart in Calais. He was always there to help in what ever way he could, He will be missed, I know I will miss him. RIP Levi you have served well.
David Wilder Dennysville

So sorry to hear of Levi’s passing. Condolences to all!
BC

Sincere Sympathy to one and all.... 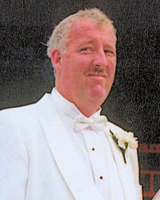