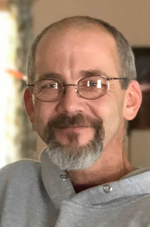 Boo graduated from Sumner Memorial High School in Sullivan, Class of 1993. Shortly after, he enlisted in the U.S. Army. Following his service, Lee returned to Maine and for awhile worked construction in Portland before returning to Down East Maine. Boo worked as a carpenter and as a stern man with Kevin Murphy. Boo was an avid outdoorsman, and enjoyed fishing, hunting, riding his motorcycle, snowmobiling and being on the water.

Boo was predeceased by his father Omar Whalen Sr. on April 19, 2019; and a brother Kevin Whalen. Surviving are his mother Helen of Sorrento; his companion Carrie Holyoke of Sorrento and her children Taylor Tripp and husband Derek of Brewer, and Trevor Nutt and wife McKenzie of Bangor and their daughter Piper; two sisters, Crystal Kennedy and husband Jim of Buxton, and Tammy Ginn and husband Austin of Calais; four brothers, Jeff Kelley and wife Nina of Fort Fairfield, Omar Whalen Jr. and wife Kay of Litchfield, Arthur Whalen and companion Penny of Louisiana, and Jamie Whalen and wife Kaylynn of Sorrennto; an aunt Carol Merrill of Sullivan; many nieces and nephews; cousin Helen King; dear friends, Jeremy Foskett and wife Michelle, Kevin, Jared, Andrew, Rodney, Shawn, and Chris and wife Amy; his three canine companions, Miller, Bella and Cyrus; and his feline companion Scampie.

A Celebration of Life for both Lee and his father, Omar, will be held at 11 a.m. June 8, 2019 at Doanes Point Cemetery in Sorrento. Arrangements by Mays Funeral Home, Calais & Eastport.