To share your memory on the wall of Lance Shope, sign in using one of the following options:

Provide comfort for the family of Lance Shope with a meaningful gesture of sympathy.

Lance graduated from Huntingdon Area Senior High School, Class of 1967, and the University of Maine in Machias where he earned a Bachelor’s degree in Business and Recreational Management. While attending the University of Maine, he met his future wife, Brenda Ward. Lance became an Eligibility Specialist with long term care for the State of Maine Department of Health & Human Services, retiring with over 20 years of service. Lance was an avid geologist and enjoyed collecting and cutting rocks and gems. He was a member of the Penobscot Mineral and Lapidary Club. In recent years, his love for rocks and gems led him to begin a partnership with his friend Amanda Coburn, establishing A&L Jewelry, where Lance was able to use his talent in cutting and polishing. Lance was also a talented artist and was a member of Ageless Artist in the Bangor area.

A graveside service will be held in the spring at the Meddybemps Cemetery. In lieu of flowers, donations may be made to either PAWS Bravehearts, 368 South St., Calais, ME 04619, or Bangor Humane Society, 693 Mt. Hope Ave, Bangor, ME 04401. Arrangements by Mays Funeral Home, Calais. Condolences and memories may be shared at www.MaysFuneralHome.com
Read Less

Print
A graveside service will be held in the spring.

Consider providing a gift of comfort for the family of Lance Shope by sending flowers.

We encourage you to share your most beloved memories of Lance here, so that the family and other loved ones can always see it. You can upload cherished photographs, or share your favorite stories, and can even comment on those shared by others.

Posted Feb 13, 2020 at 12:24pm
Brenda, so sorry to read of Lance's death. I miss seeing you at the Bangor Senior Center. I'll be thinking of you and wishing you peace.
Comment Share
Share via:
BB

Posted Feb 12, 2020 at 03:41pm
Brenda, I was so sad to read about Lance's passing in the Bangor Daily News this morning. I offer you my sincere condolences. I found Lance to be a really nice man, always so helpful and accommodating to myself and others in our Bureau regarding long-term care for our clients. May you have wonderful memories to get you through this difficult time. Take care and Gold bless you.

Posted Feb 11, 2020 at 05:51pm
Brenda. So sorry to hear of your loss. Sending hugs your way. The other Brenda (Redding) Smalle
Comment Share
Share via:
SC

Posted Feb 10, 2020 at 06:43pm
Brenda,
Our hearts ache for you and all you have been through. Lance had his very own earthly Angel taking care of him, you are the Best. You are in Our thoughts and prayers at this very difficult time. Take care and get some rest. We love you Sweet Lady.
Hugs,
Sue & Christy
Comment Share
Share via: 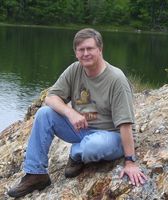