To share your memory on the wall of Kenneth Jackson, sign in using one of the following options:

Print
Pleasant Point – Kenneth Roland Jackson, 74, left for his eternal home on July 25, 2019 surrounded by his loving wife and family. He was born in Billings, Montana on October 4, 1944, son of Marian and Ray Jackson.

Ken was predeceased ... Read More
Pleasant Point – Kenneth Roland Jackson, 74, left for his eternal home on July 25, 2019 surrounded by his loving wife and family. He was born in Billings, Montana on October 4, 1944, son of Marian and Ray Jackson.

Ken was predeceased by his parents, his brother Cliff Jackson, his sister Marlene Engen, nephew Andy Engen, and his lifelong friends John Taylor and Sid Lewis.

Ken graduated from high school in Billings, MT and joined the Navy, in which he traveled extensively for 6 years, Ken also served in the Air Force for 4 years while living in Livermore CA. During his travels he met the love of his life and best friend, Lena. Ken also worked for RCA and Digital/HP of Massachusetts.

Ken was a kind and gentle man who shared his faith as an active member of St. Kateri Tekakwitha Parish. He served on the Parish council, St. Anne’s Building and Grounds committee, Kateri Circle, and as a Lector. He was also a member of the Passamaquoddy Memorial Post #11299 VFW. In October 2012 he and his wife traveled to Rome Italy for the Canonization of Katherine Tekakwitha with a group of fellow Parishioners. While living in Livermore California he was very involved with the Knights of Columbus and St. Michael’s School fundraising committee. Ken loved square dancing and ballroom dancing. He served as the Treasurer for Litchfield Swingers in NH and was the Committee Chairman for the convention. Most recently, Ken was dancing with the Town and Country Squares in St. Stephen, NB. Ken enjoyed doing yard work, painting, music and spending time with his family, as well as spending time at his lake house on Dobsie Lake.

In Lieu of flowers donations may be payable to St. Anne’s Church renovation fund, c/o St. Kateri Tekakwitha Parish, PO Box 898, Calais, ME 04619. Visitation will be Friday, August 2nd starting at 2:00pm until Saturday, August 3rd at 8:00am at his home, 7 Side Rd Pleasant Point. A Mass of Christian burial will be celebrated by Father Kevin J. Martin, assisted by Deacon Jake Thayer, on Saturday, August 3rd at 10:00am at St. Joseph’s Church, Eastport.
Read Less

Consider providing a gift of comfort for the family of Kenneth Jackson by sending flowers.

We encourage you to share your most beloved memories of Kenneth here, so that the family and other loved ones can always see it. You can upload cherished photographs, or share your favorite stories, and can even comment on those shared by others.

Posted Aug 05, 2019 at 11:43am
When Ken was in high school, he became part of my father’s Boy Scout troop. Ken loved camp, and attended Scout camp both at Luther Lodge on the Boulder River south of Big Timber, Montana, and at Flaming Arrow Scout Ranch near Bozeman. One thing the troop did was to work on a reforestation project in the canyon above Rock Creek in the Beartooth Mountains, and Ken always took pride in that forest he had helped to plant.
For that reason, we will be contributing to plant a tree in his name. --Cousin Cheryl (Elliott) Heser and family
Comment Share
Share via:
FK

Posted Aug 01, 2019 at 04:50pm
Dear Lena and Family: May the God of Hope give you the fullness of peace, and may the Lord of Life always be with you.
+ Eternal rest grant unto him, O Lord, and let perpetual light shine upon him. May his soul, and all the souls of the faithful departed through the mercy of God rest in peace. Niyalich
Comment Share
Share via:
J

Posted Jul 31, 2019 at 08:52pm
Our thoughts and prayers are with Lena and family at this time of sorrow. Ken will be missed. With love from Bill and Joely Creighton
Comment Share
Share via:
SS

Posted Jul 31, 2019 at 06:18am
Uncle Ken,
We will miss you so much. Thank you for the great memories.
We all were blessed to have known you and been a part of the family.
All our love,
Sasha, Colby & Alexis.
Comment Share
Share via: 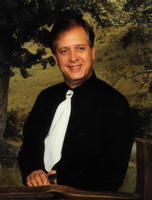