To share your memory on the wall of Joyce Matthews, sign in using one of the following options:

Joyce was raised in Eastport and worked at Guilford Mill for many years. On October 30, 1952, she married Clarence Matthews in Perry. She loved taking care of children and was proud to be a Foster Mother. Joyce was Baptist by faith and currently was attending the Second Baptist Church in Calais.

In addition to her parents, Joyce was predeceased by her husband, Clarence Matthews; a grandson Matthew Neptune; great-granddaughter, Bobbi Pendleton; four sisters, Jane Schantz, Patricia Rier, Maxine Seeley, and her twin sister Geraldine Scadova; and a step-son Clarence “Chuck” Matthews and his wife Ada. Surviving are her four children, Brenda Neptune and husband Sabatis of Pleasant Point, David Matthews and wife Lupe of Laughlin, NV, Michael Matthews and wife Juanita of East Machias, and George Matthews of Calais; a step-son Richard Matthews and wife Linda of AZ; nine grandchildren; many great-grandchildren and great-great grandchildren; two sisters, Ina Lank of CT, and Ruth McCarthy of FL; and many nieces and nephews.

Receive notifications about information and event scheduling for Joyce

Consider providing a gift of comfort for the family of Joyce Matthews by sending flowers.

We encourage you to share your most beloved memories of Joyce here, so that the family and other loved ones can always see it. You can upload cherished photographs, or share your favorite stories, and can even comment on those shared by others.

Posted Jun 13, 2020 at 10:07am
Aunt Joyce,
I remember the story of how you and dad raced to Aunt Maxine's to tell her the news I was born. We lived in Eastport with Grampy and Grammy Johnson. My grandparents had gone to Pennsylvania to help Aunt Jane out with little Ronnie and newborn Jody who was bone two weeks before me. I have many wonderful memories of visiting you during the summers. You were so welcoming. I always remember the love and how sweet and kind you were. I'll miss you. I'll keep you in my heart til we meet on that beautiful shore in the sweet by and by. I love you!
Cathy
Comment Share
Share via:
CG

Posted Jun 09, 2020 at 03:30pm
I was lucky enough to see Joyce a couple of months ago. I worked with Joyce for quite a few years along with many of my friends. Joyce called us the kids (we are now all 65 or older) but for any of you that knew Joyce you will believe me when I say she acted worse than any of us "kids". If we got in trouble it usually could be traced back to Joyce, we all loved her. She knew how to tell a story and most of them were true. She may have embellished "just a bit". We heard lots of stories about her and her sisters and the good times they shared. I will always be grateful to have known her and her family. I will always remember her giggle.
Comment Share
Share via:
IL

Posted Jun 09, 2020 at 01:33pm
Joyce,
What wonderful warm memories I have of you, Clarence and family. Picnics at Edmund's Park, walks uptown with Mike and Skip in strollers, visiting with Pat in Lubec. Never a time that you didn't greet us with warm smiles and "flaky pastries". You sure did like your "Lila" donuts! I will miss you always but know that you are in a far better place. Until we meet again.
Love,
Sister Ina 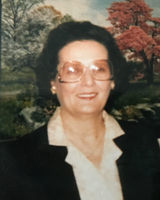 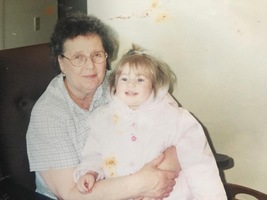 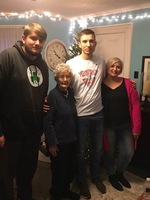 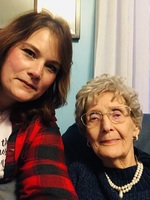