To share your memory on the wall of Joseph Labossiere, sign in using one of the following options:

Joseph graduated from East Grand High School in Danforth, Class of 1984, and worked for CP Railway until starting classes at Washington County Community College. He earned his certificate in Automotive Repair and worked for Border Motors, VIP in Calais and Houlton as manager, and Riche’s. Joseph assisted in setting up the Calais Walmart where he eventually became a department manager.

Joseph was a member of the National Rifle Association and the North American Fishing Club. He was an avid outdoorsman and enjoyed hunting, fly tying, and fishing. Joseph was a gifted fisherman and was proud in 2019 to have caught 75 large-mouth bass at the Grand Falls Flowage.

Joseph was predeceased by his father. Surviving are his mother Louise Labossiere of Vanceboro; sister Michell Osborne and husband Paul of Vanceboro; niece Sarah McLaughlin and husband Michael of McAdam, NB; his great-niece Natalie McLaughlin; an aunt and uncle in MA; numerous cousins; special cousins, Susan and James Slowe of Vanceboro; and his canine companion Bonnie.

A graveside service will be held at a later date. Arrangements by Mays Funeral Home, Calais & Eastport.
Read Less

Receive notifications about information and event scheduling for Joseph

We encourage you to share your most beloved memories of Joseph here, so that the family and other loved ones can always see it. You can upload cherished photographs, or share your favorite stories, and can even comment on those shared by others.

Posted Aug 01, 2020 at 06:42am
I always enjoyed the years I worked with Joe at Wal-Mart and I'm sure that everyone who ever met him would agree that he was just an all-around good guy.
Comment Share
Share via:

Posted Jul 30, 2020 at 09:19pm
Ernie , darlene daye and family from mcadam nb.......gone never be forgotten....myself (darlene) i can say i can sure remember joe always calling me short stuff ..he sure had a kind heart..we can remember going over there in the evenings to visit with both of our children when they was babys......R.I.P JOE
Comment Share
Share via:
R

Posted Jul 29, 2020 at 05:51pm
I always remember meeting Joe and his greetings when we met at Walmart, never past by without a greeting and then his fishing, always sharing, always had a smile, lswear he could catch a fish in a puddle!?
Comment Share
Share via: 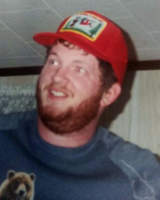