To share your memory on the wall of John Brown, sign in using one of the following options:

He is survived by his only son, Rickey Brown and daughter-in-law, Susan. A granddaughter, Heidi Hicks and her husband, Chris of Alexander, granddaughter (as well as his devoted loving nurse until the very end) Heather Turner and her husband, Wes of Bangor. Great-granddaughters, Chandler & Camryn Hicks and great-grandsons, Cole, Chase, Christian Turner and Eli Bradford. Jack is also survived by his stepchildren and grandchildren, whom he gained as family when he married Janet Rice of South Berwick in 2004. He will also be remembered fondly as, ‘Uncle Jack’ by nieces and nephews whom he loved immensely. Jack had a special bond with his nephew Brandon Hood and his family of Middleton, MA.

In addition to his parents, his wife Marion and wife Janet, he was predeceased by all his siblings and his beloved in-laws, Ralph & Phylis Hood.

At Jack’s request there will be a graveside burial service for immediate family members at 1:00 pm, Sunday, November 8th at Dennysville Cemetery. Friends and extended family who wish to attend are welcome and encouraged to be with us from afar at the Cemetery by parking and observing the service from a vehicle.

Receive notifications about information and event scheduling for John

Consider providing a gift of comfort for the family of John Brown by sending flowers.

We encourage you to share your most beloved memories of John here, so that the family and other loved ones can always see it. You can upload cherished photographs, or share your favorite stories, and can even comment on those shared by others.

Posted Nov 07, 2020 at 06:22pm
Dear Rick and family,
I will remember with joy the many visits with Jack and Janet. I'm glad for the gospel and that Jack received it.May the hope of eternal life and the peace of God rest and abide with you. Sincerely,Pastor Gary Kinney and family.
Comment Share
Share via: 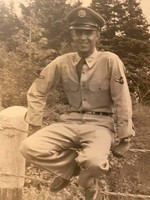