To share your memory on the wall of Joanna Bailey, sign in using one of the following options:

Print
Baileyville - Joanna Lee Bailey, 60, passed away after a long and courageous battle with cancer on Tuesday, May 19, 2020 at home with family members by her side.

Joanna was born in Calais, Maine on Nov 8th, 1959 and grew up in Milltown, ... Read More
Baileyville - Joanna Lee Bailey, 60, passed away after a long and courageous battle with cancer on Tuesday, May 19, 2020 at home with family members by her side.

Joanna was born in Calais, Maine on Nov 8th, 1959 and grew up in Milltown, Maine. She started working at age 15, mostly in retail, but found her calling as an EMT in 2000. Joanna worked as a volunteer for the Grand Lake Stream Ambulance Service. She also worked for Indian Township Ambulance Service along with DEEMS & Mayo Ambulance Services before working at Calais Fire where her heart was for nine plus years both as a firefighter & Advanced EMT. At the same time, she was working at Walmart as a pharmacy tech/cashier prior to her illness.

Joanna was a longtime member of the Spednic Club in Baileyville and enjoyed league bowling for many years.

Joanna is survived by her sons, Christopher Waycott of Bangor, Maine and Kyle Bailey of Baileyville along with her furry companion, Abby. She is also survived by her sisters, Brenda Smalle of Phoenix, AZ and Lynn Mattei of Lemon Grove, CA and her brothers, Randall Redding of Buckley, WA and Kevin Redding of Guilford, Me. along with one niece and one nephew.

Joanna was most grateful for her long-time friend, Donna Barry. Esther Tozier was by her side from beginning to end of her lengthy illness and other friends too numerous to mention.

Services will be held at the Calais Cemetery at the Firefighter’s section at a later date.

Donations may be made in her name to Lafayette Family Cancer Center 33 Whiting Hill Rd, Brewer, ME 04412. Or donations to Calais Fire Association, North St., Calais, ME 04619. Arrangements by Mays Funeral Home, Calais & Eastport.
Read Less

Receive notifications about information and event scheduling for Joanna

We encourage you to share your most beloved memories of Joanna here, so that the family and other loved ones can always see it. You can upload cherished photographs, or share your favorite stories, and can even comment on those shared by others.

Posted May 21, 2020 at 05:16pm
So sorry, Mike & I send our sincere condolences to Chris & Kyle
and all of the family. Joanna fought a tough battle, she will forever
be free of pain. Rest in Peace dear friend. We will meet again

Posted May 21, 2020 at 03:13pm
So sorry to hear of her passing ! She was a great lady and co worker . We had many good times together sharing laughs and cold beers at the spednic club ! What a great lady gone to soon ! Chad and Lee Seelye .
Comment Share
Share via: 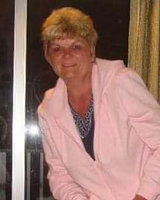 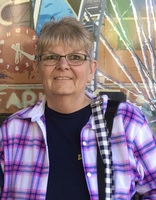