To share your memory on the wall of Jeremy Linton, sign in using one of the following options:

A private family ceremony will be held at a later date. Arrangements by Mays Funeral Home, Calais & Eastport.
Read Less

Receive notifications about information and event scheduling for Jeremy

We encourage you to share your most beloved memories of Jeremy here, so that the family and other loved ones can always see it. You can upload cherished photographs, or share your favorite stories, and can even comment on those shared by others.

Posted Nov 16, 2020 at 04:02pm
I am so sorry for your loss.. Saw Jeremy a while ago and thought of all the times the kids were growing up together. He was one of the mischievous ones who always had me laughing. He will be missed, never forgotten. Love you all so much.
Comment Share
Share via:

Posted Nov 16, 2020 at 10:58am
Was talking about the kids at the pool when she had it. Jeremy was always there with all of the kids. They were a joy to be around. Love you all Marilyn and Lynne.
Comment Share
Share via:
BL

Posted Nov 16, 2020 at 10:57am
I remember you are a cute little red head, that always had a smile, our hearts and prayers are with the family, rest in Gods arm’s Jeremy.
Comment Share
Share via:
J

I am truly sorry for your loss John, Youvonne, Jason (who is like a brother) and Chris. Take comfort in knowing that we all walk the same path and though Jeremy has taken a fork in the road you will all ultimately meet at the end of the path. To be absent from the flesh is to be present with the Lord. May God Bless and comfort you and your families. 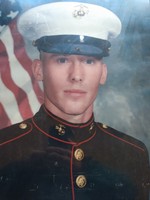 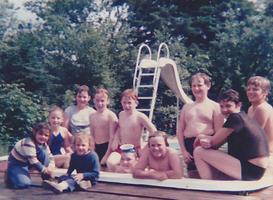