To share your memory on the wall of Jean Hayward, sign in using one of the following options:

Provide comfort for the family of Jean Hayward with a meaningful gesture of sympathy.

Print
Calais – Jean Ada Hayward, 78, passed away Sunday, December 8, 2019 at Calais Regional Hospital surrounded by her children. Jean was born in Ship Cove, Newfoundland on July 28, 1941, one of 14 children of Richard and Genevieve Wheeler.

Calais – Jean Ada Hayward, 78, passed away Sunday, December 8, 2019 at Calais Regional Hospital surrounded by her children. Jean was born in Ship Cove, Newfoundland on July 28, 1941, one of 14 children of Richard and Genevieve Wheeler.

Jean attended the Ship Cove area schools until the passing of her father, at which time she had to leave to help raise her siblings. She worked as a nurse’s aide in the local hospital until moving to Calais after marrying Clinton Hayward Jr. Jean raised her children and became a Police Matron with the Calais Police Department. Most recently, she worked in the cafeteria at Calais Middle School.

Jean was a Communicant of Immaculate Conception R.C. Church in Calais and in earlier years the St. Croix Bowling Club and the Jaycee’s. She enjoyed dancing and listening to her brother play the guitar. Jean’s best times were those spent with her family at the family camp on Boyden Lake. She always felt her greatest accomplishment was her three children. Jean was known for her love and admiration of her children.

In addition to her parents, she was predeceased by several brothers and sisters; and her son-in-law Edward Seeley. Surviving are her three children, Diane Seeley of Charlotte, Tommy Hayward and wife Nokomis of Scarborough, and Clinton Hayward of Sidney; grandchildren, Taylor Hayward of Scarborough, Samantha Hayward of Sidney, and Megan Grenier of Sidney; two step-grandchildren, Stephanie Seeley-Bishop and husband Taylor of Hermon, and Andrew Seeley of Manchester, NH; two step-great grandchildren, Lydia and Myla Bishop; siblings Margaret Strickland of Saint Johns, NFLD, Rose Marie Wheeler of Montreal, QC, and Thomas Wheeler of Kitchener, ON; special niece Pauline Burrill of Brewer; her roommate and dear friend, Dot Edgerly; and numerous nieces and nephews.

In keeping with Jean’s wishes, there will be no formal service. A private Celebration of Life will be held in the summer at the family camp on Boyden Lake. Arrangements by Mays Funeral Home, Calais & Eastport.
Read Less

Consider providing a gift of comfort for the family of Jean Hayward by sending flowers.

We encourage you to share your most beloved memories of Jean here, so that the family and other loved ones can always see it. You can upload cherished photographs, or share your favorite stories, and can even comment on those shared by others.

Posted Dec 29, 2019 at 08:19am
Prayers and deepest sympathy to all of you. Jeannie and I were close friends for many years and she will truly be missed. Jeannie was a kind and dear person always.
Comment Share
Share via:
PT

Posted Dec 10, 2019 at 10:54am
Prayers and deepest sympathy to the family of Jean. I met Jean when I was twelve years old after she recently married my cousin Clint Hayward. In the summer of 1964 my family began a road trip to visit family and ride on the new Turn Pike. We ended up at Clint's and Jean's home in York Maine quite late! Jean set up sleeping arrangements for all 6 of us! She and Clint were so glad to see us. I never forgot this and it still seems like yesterday it happened. My Mom and Jean had a special bond. Mom loved to hang out with her at family gatherings. Those were wonderful times! Jean always looked joyful when she was with her family from NFLD and ours. Her heart was golden. Her sweet demeanor was evident how she treated those she loved. Rest peacefully dear one.
Comment Share
Share via:

Posted Dec 09, 2019 at 05:55pm
To Jean's family, sincere condolences from the Hollingdale home to yours. Any time I saw Jean out and about when she lived on Academy Street she was always smiling and upbeat. Always had time for everybody as well as a good word. I'm sure she is now praying and helping her family from heaven.
Comment Share
Share via:
KW

Posted Dec 09, 2019 at 04:42pm
Diane, I am so sorry to hear about your Mom. She was a sweetheart and never had an unkind word to say about anyone. As kids, she treated all of us as her own. Heaven truly gained an Angel.
Comment Share
Share via: 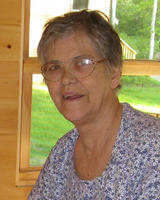 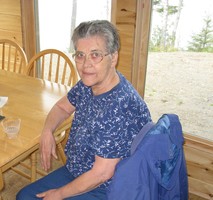 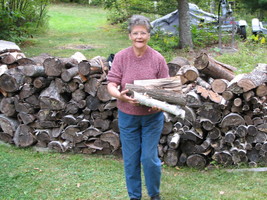 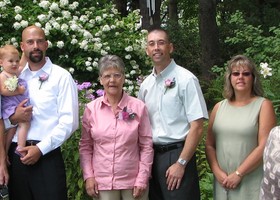