To share your memory on the wall of Janet Ward, sign in using one of the following options:

Provide comfort for the family of Janet Ward with a meaningful gesture of sympathy.

Janet attended the Meddybemps Grammar School and enjoyed going to the services at the Meddybemps Church. For a few years she lived in East Millinocket where she worked at McDonald’s. Janet also resided at Sunrise Apartments in Machias but most of her life was spent in Meddybemps. She loved music, especially country music. Janet enjoyed participating in the Special Olympics walking, running and softball. Most recently Janet was a resident at Marshall Healthcare in Machias where she played Bingo and enjoyed the numerous activities. While a resident at Marshall Healthcare, Janet received excellent care and gained numerous friends, both staff and residents.

Janet was predeceased by her parents, Cecil Ward, Irene Ward; and her step-mother Helen Ward; and her special grandparents, Bert and Bertha Ward; and grandmother Nana Lena Kenny. Surviving are her three sisters, Judy Crosby and husband Skip of St. Stephen, Paulyne Ward and companion Larry Hamilton of Meddybemps and Pembroke; and Brenda Shope and husband Lance of Brewer; nieces and nephews, Debbie, Jimmy and wife Tina, Cindy, Roddy and Danny and wife Lori; and several great-nieces and great-nephews, cousins and friends.

A celebration of Janet’s life will be held 11 a.m. Friday, August 23, 2019 at Mays Funeral Home, 26 Church St., Calais. Visitation will be held one hour prior to the service, beginning at 10 a.m. Burial will follow in the Meddybemps Cemetery. Donations in Janet’s memory may be made to the Marshall Healthcare Activity Fund, 16 Beal St., Machias, ME 04654.
Read Less

Consider providing a gift of comfort for the family of Janet Ward by sending flowers.

We encourage you to share your most beloved memories of Janet here, so that the family and other loved ones can always see it. You can upload cherished photographs, or share your favorite stories, and can even comment on those shared by others.

Posted Aug 23, 2019 at 04:29pm
Janet was like a light in the darkness, she always had a smile for everybody. Her grandparents took such good care of her, and those of us in Meddybemps loved Janet. Our love and prayers to family members left, may God bless you!
Comment Share
Share via:
SO

Posted Aug 23, 2019 at 11:24am
Judy, Paulyne and Brenda -- Remembering Janet and our years at the Meddybemps Grammar School... Thinking of you all today and sending love and prayers your way. We are so sorry. May God comfort you and bless you with His presence and His peace.
Sue and Sally
Comment Share
Share via:
SM

Posted Aug 21, 2019 at 04:38pm
Paulyne, Brenda and Family,
I am so sorry for your loss. Please know you are in the thoughts and prayers. May God comfort you at this difficult time.
Comment Share
Share via: 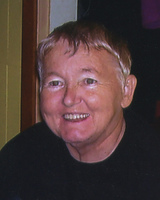