To share your memory on the wall of Jane Morgan, sign in using one of the following options:

Jane graduated from Pembroke High School and attended Eastern Maine General Hospital School of Nursing. She helped her parents in the family upholstery business until marrying Delman Morgan in 1954. After marrying Delman, she was a dedicated mother to her four children. Jane was a member of People’s United Methodist Church in Pembroke and was an active hospice volunteer and member of the Pembroke Fireman’s Auxiliary. She enjoyed knitting, braiding rugs, jigsaw and crossword puzzles, and going for walks.

In keeping with Jane’s wishes, there will be no services. Arrangements by Mays Funeral Home, Calais & Eastport.
Read Less

Receive notifications about information and event scheduling for Jane

We encourage you to share your most beloved memories of Jane here, so that the family and other loved ones can always see it. You can upload cherished photographs, or share your favorite stories, and can even comment on those shared by others.

Posted Jul 12, 2020 at 07:10pm
Jane and Vernon were classmates, whenever they met they had to rib each other. Those were the days, I bet they are
joking each other today. RIP Jane Faye Cushing
Comment Share
Share via:
TF

Posted Jul 09, 2020 at 06:04am
The first memory I have of Jane was when I started teaching in January of 1973. Greg was a student in my classroom. On Valentine’s Day he arrived at school with a bag of his mother’s delicious whoopie pies for me. It was a kind but remembered act for a teacher wet behind the ears. I always enjoyed chatting with her in stores (usually she was with Jennie Ganong) ...they always made me laugh. Jane was a lovely person. You have my most sincere condolences.
Comment Share
Share via:
AB

Posted Jul 08, 2020 at 05:35pm
Dear Jo and other family members, so sorry to read of Jane's passing. I am so happy I had the opportunity to meet her. A
lovely lady.

Posted Jul 08, 2020 at 04:52pm
Condolences to Jo, Tom, Bruce, and Greg and families. Jane was a very special lady! I will miss her positive words of wisdom! Leighton Point Road won’t be the same! Dawn G,
Comment Share
Share via:
CS

Posted Jul 08, 2020 at 04:43pm
I never had the privilege of meeting this lady, but am friends with her daughter, Jo. Because Jo is such an amazing woman, I am sure this lady was also. My deepest condolences to the family, especially Jo.
Carma Shumake
DeWitt, Ar
Comment Share
Share via: 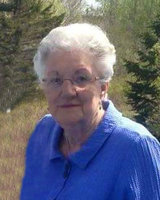