To share your memory on the wall of James Pratt, sign in using one of the following options:

Print
Robbinston and Millinocket - James Walter Pratt, 89, passed away Friday, July 3, 2020 at his home surrounded by family. Jim was born May 18, 1931 in Millinocket, Maine to Walter and Anna Tozier Pratt.

Jim attended the Millinocket School... Read More
Robbinston and Millinocket - James Walter Pratt, 89, passed away Friday, July 3, 2020 at his home surrounded by family. Jim was born May 18, 1931 in Millinocket, Maine to Walter and Anna Tozier Pratt.

Jim attended the Millinocket School System where he graduated from Stearns High School, class of 1948. He was student director and played trumpet in the Stearns band. Under the guidance of George Wentworth, he was pitcher and infielder on the baseball team, quarterback of the football team, and point-guard of the basketball team. He was invited to try out for the Milwaukee Braves, but did not attend. Jim attended the Aroostook State Teachers College at Presque Isle.

He married his beloved wife Anne Murphy in 1954 and she became a great supporter in all of his endeavors. He was the proud father of two children, his daughter Erin and her husband Donald Bolduc of Millinocket, and his son Ian Pratt and his wife Erika of Robbinston. Jim doted on his grandsons Ryan and Jeremy Bolduc and Ethan and James Pratt.

Jim returned to Millinocket where he worked for the recreation department. Later, he went to work for O.S. Gonya and then to Katahdin Motors as parts manager, but soon became a salesman. In 1964, he purchased Craig Ford in Millinocket and became an automobile dealer of Pratt Ford and also later of Pratt Ford of Calais, Maine. He was elected director of the New England Ford Dealers, which had two directors from each New England state.

He played semi-pro ball in Millinocket on the Emerson Pills basketball and baseball teams. He also played basketball for the Millinocket Aggies. Jim’s continued love of competition and playing sports extended into his eighties playing darts, cards and bowling.

Jim was an avid fan of the New England Patriots, Boston Red Sox, and the Boston Celtics. He coached Little League and Little-Pro basketball.

Jim was, for many years, a basketball official and officiated one state championship game before he had to retire due to the demands of his businesses.

Jim was elected to the Millinocket School Committee and served as chairman for many years. He was chairman of the new Stearns High School building and the athletic complex. After retiring from his dealerships, he opened JP’s, an upscale men and women’s clothing store.

Jim came out of retirement in 1996 to open Pratt Chevrolet, Pontiac, Oldsmobile, Buick in Calais, Maine where his son Ian joined him. He had great rapport with all his employees and considered them part of the family.

Jim loved getting together with family and friends at his camp on Cold Stream Pond. He enjoyed playing horseshoes, cards, and grilling a great steak.

Consider providing a gift of comfort for the family of James Pratt by sending flowers.

Posted Jul 11, 2020 at 08:16pm
Gloria Craig and the entire Craig Family send the deepest condolences and sympathy to Anne and the entire Pratt family.
Comment Share
Share via:
HS

Posted Jul 06, 2020 at 07:51am
To Anne, Erin, and Ian and all of the family of Jim Pratt our family, Norm, Evie, Chris, and Renee Dubois, send you our sincere condolences. When we think of Millinocket it is of the positive contributions of the Pratt family to church, schools, and community.
Comment Share
Share via:
MT

Posted Jul 03, 2020 at 08:17pm
We lost a true icon today. A great businessman, family man, and community leader. My thoughts and prayers go out to you Anne, Ian and the entire Pratt family. We will truly miss seeing him at the dealership with his hearty handshake, warm smile and great conversation. Mike Tammaro
Comment Share
Share via:
CM

Posted Jul 03, 2020 at 05:31pm
What words can express the loss of a loved one? My heartfelt feelings are to Anne, Erin, Ian & their families. Jim's arduous journey is over; he fought the good fight...now it's time to rest. The world has lost a very loving and talented man...

Take heart for he is in a much better and kinder world...he is with God... 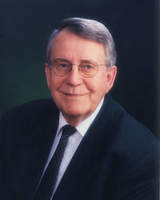