To share your memory on the wall of James McLaughlin, sign in using one of the following options:

Brought home from the hospital, all dressed in pink
Not a baby Boy did George and Althea (Howland) think
Big brother Butch (George Jr.) was on hand
Who insisted his brother be nam... Read More
James R. McLaughlin
1947 – 2020

Brought home from the hospital, all dressed in pink
Not a baby Boy did George and Althea (Howland) think
Big brother Butch (George Jr.) was on hand
Who insisted his brother be named James Roland

Laurie, adopted little sister, later came to their home
He made sure she never again felt alone
He grew up with love, from his mom and his dad
The best childhood a boy ever had.

School wasn’t really his thing
A car and a wrench, he never got bored
As mechanic, the skills he would bring
A Chevy, Miata, and Mustang, oh no it’s a Ford!

He was at the Gulf Station, (Bohanon’s, it’s now)
When girl on a bicycle came on the scene
Just a boy nearly 15, saw Vicki (Monk) only 13
Who knew what that moment would someday mean.

After nearly 53 years married, he knew he was right
For both of them, it was love at first sight
His heart, his soul, his lover, his wife
To have and to hold the rest of his life

Along came our daughter, Melinda Marie
While in Thailand, the Army sent this soldier.
The awe in his face was something to see
When after 4 ½ months, he got to hold her.

Our son, James Greg, then came along
Named after dad and uncle Greg Monk
A son and a daughter, our family complete
Like a heaven-sent song.

We traveled when the kids left the nest
With Dennis and Libby Bryant, simply the best
We flew and we cruised, the places we saw
50th Anniversary cruise to Alaska, left us in awe.

Zip lined in Mexico, parasailed over the ocean,
House boated down Colorado river,
Hot air balloon dropping, going down hard, risky
Jamie was with us, but bone broken was Vicki’s

Our kids made us so happy
The kind only God could make
Melinda gave us grandson, Jeremy
Who, later, married Kait.

They gave us great-grandchildren
Twins, Hannah, Jonah, then Melody Kay
Who were all over Grandpa Jim
Who would give them their way.

Melinda gave us Kacie
Who’s love’s name is Matt
The apple of her Grandfather’s eye
If saw how sweet she is, you’d know why.

Jamie gave us a grandson
Michael Christopher, his name
Who fell in love with wife Sarah
Along great-granddaughter, Natalie, came.

As we lost his dad, we made him a promise
To watch over his mother as long as we could
Kneeling by her bedside, her meds in his hand
Or feeding her meals, as only a special son can.

Special sisters-in- law Linda and Betty
Daughter-in-law, Marilyn, who we dearly love
My sister and husband Vona and Leon Bailey.
Sadly watches from above.

Mother-in- law Elsie (George) Monk always said
when God made Jim’s mold,
he was too perfect so God broke it
as many times as I’ve heard it, it never gets old.

Aunts Rita (Kip) Mclaughlin, Jean (Steve) Lawless,
Evelyn (Bruce) Howland, and Kay (Lloyd) Howland are all the aunt’s left
Jim loved them dearly, simply the best
As those gone before them, he loved all the rest.

Got some very special cousins,
who’s going to miss him like crazy
lots of nephews and nieces
who love him to pieces.

Left many special friends behind,
Monte, in the wrecker they went
Two dirty grease monkeys, darn,
just a bumper was bent!

Dave, Sonny, Gene, Dennis, Dustin, and Bohannan’s
John, David and others, too many to name
He touched so many lives
They will never be the same.

He loved his grand puppy Stroker, and god dog, Sophie
Spoiled our cats, Alex, Cooper, and Sammy
left to take his place beside me to
snuggle at night in my jammies.

Diagnosed with Leukemia just 13 days ago
Drs. Wilkinson and Eliacin couldn’t believe what they saw
Sent him directly to Bangor for biopsy real quick
Oncologist told me it was acute and to pick

Would I start him on chemo, it would do him no good
Put him in hospice there or Hospice at home
“He is coming home with me!” (as you know I would)
Knew with Melinda, Jamie, and Marilyn, I’d not do it alone.

He left as he lived, with me by his side
As he took care of me always
Doing what he thought was right
Quietly and gently, left with the night

I know this may seem strange to you
That I’ve done this in rhyme
I just want to validate his life
And the love of all time.

No funeral, no service
This he wouldn’t abide
On the highway to heaven,
Jimmy, “God Love him”, God by his side.
Read Less

Posted Apr 23, 2020 at 05:44pm
Vicki and family, so sorry to hear of Jim's passing! The tribute you wrote about his life was beautiful, and very touching. May your memories keep you warm. Sincerely, Nancy Gillis-Grant
Comment Share
Share via:
RR

Posted Apr 20, 2020 at 04:59pm
I knew Jimmy way back in the late sixties and early seventies when he worked at Bohanon's. it seemed to be where alot of young people gathered. He was quite a character, every time I went in he would say with a great big grin you wanna run em, so we would head up to the local 1/4 mile and do our thing. It didn't matter to Jimmy if he won or lost he would just grin and we'd do it again another time. I remember Jimmy as a wonderful person and fun loving guy. He would always help with anything. I haven't talked to Jimmy in many years but always had fond memories of him. I am so sorry for the family's loss, my wife Linda's and my thoughts and prayers are with the family. Ron ( Wimpy ) and Linda Rines.
Comment Share
Share via:
JB

Posted Apr 20, 2020 at 03:20pm
Vicki and family,
So sorry to read of the loss of your love one. Hugs to you Vicki!
A beautiful written tribute to your love one!

Posted Apr 20, 2020 at 11:51am
Vicki, Melinda and Jamie - So sorry for your loss. I remember Jimmy when I was just a kid. I always thought he was a good guy and we liked him very much.
-Pat Sullivan
Comment Share
Share via:
R

Gerald and I are thinking of all of you and so sorry to hear of your loss. Jimmy was always such a nice man whom many people thought the world of him. He was so kind and a happy person. Cherish the memories and he will be forever in your hearts.
Comment Share
Share via: 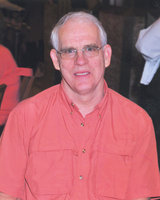 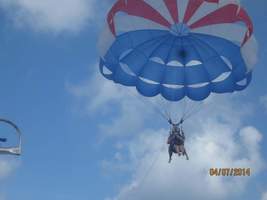 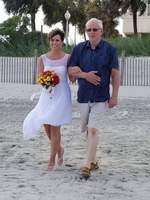 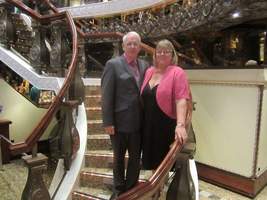