To share your memory on the wall of James Mann, sign in using one of the following options:

Jim put his degree to good use during his career with Georgia Pacific in Baileyville where he worked from 1965 until his retirement. In 1967 Jim married Marie (Sullivan) McGraw, together they shared 35 years of marriage until her passing in 2003. In 2008 Jim married Deborah (Fleming) Hatch.

Jim was a member of the Peoples United Methodist Church of Baileyville, The Princeton Rod & Gun Club, American Legion William T. Wren Lodge in Baileyville and the American Legion Lewey Island Lodge in Princeton. He enjoyed gardening and wood working in his spare time and loved taking trips to the School House Restaurant in Princeton for coffee or ice cream.

In addition to his parents and his first wife, Jim was predeceased by his stepson, Thomas McGraw; two brothers, Richard and Harold Mann and his two best canine friends, Tucker and Gracie. Surviving are his wife, Deborah Mann; four daughters, Sharon Nelson of Baileyville, Debbie McGraw and her companion Fred Rowe of Etna, Sue Mahar and her husband Ron of Baileyville and Gloria Creamer of Miramichi, Canada; stepdaughters, Holly Hatch and her companion Tim Rogers of Dixmont and Heather Hatch and her husband Todd Winmill of CA; his brother, Eddy Lynch; special cousins Jeanne and Dick Emmons and Joanne Vance; best friend, Bill Roehrich and many grandchildren and great grandchildren whom he loved endlessly.

A remembrance service in honor of Jim will be announced in the spring. In addition to the support from family and friends, Jim’s family would like to thank Maine Veteran’s Home of Bangor, Beacon Hospice, Cancer Care of Maine and St. Croix Regional Family Health Center for their wonderful care. Donations in Jim’s memory may be made to Shriner’s Children Hospital Burn Center at shrinershospitalsforchildren.org, or a charity of one’s choice. Arrangements by Mays Funeral Home, Calais & Eastport.
Read Less

Consider providing a gift of comfort for the family of James Mann by sending flowers.

Posted Jan 25, 2020 at 09:18pm
Sue, Debbie, Sharon and families we were so sorry to hear of Jim's passing. Our thoughts and prayers go out to all of you at this difficult time.
Comment Share
Share via:
CS

Posted Jan 24, 2020 at 06:13pm
My sincere condolences to Jim’s family. I worked for many years with Jim. First as an apprentice. His guidance thru many tricks of the trade where greatly appreciated. His great since of humor was always there, even when he going thru difficult times. A man I was proud to look up too for many reasons.
Comment Share
Share via:
SN

Posted Jan 24, 2020 at 04:51pm
Jim will be forever missed. Even if he wasn't feeling great, he would always end with "keep the faith". His compassion for others was very evident. His stories will be fondly remembered. God bless his family & friends💗. Lovingly remembered, Sharon & Bob
Comment Share
Share via:
DE

Posted Jan 24, 2020 at 10:10am
Jim was a wonderful, positive and humorous guy. When enver I asked him how he was doing, he would say, "Another great day in the Saint Croix Valley." Dr. E. Paul Emery
Comment Share
Share via:
EM

Posted Jan 24, 2020 at 08:58am
I was so sad to hear of Jim's Passing. He will me missed. Jim was a great man and did many great things for our community. MY thoughts are with you Debby and your family. Sending my love.
Comment Share
Share via: 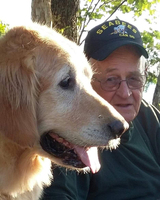 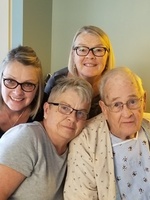 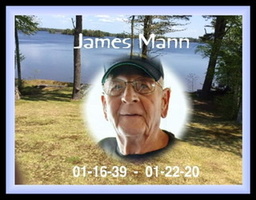