To share your memory on the wall of Grover Brown, sign in using one of the following options:

A Celebration of Grover’s Life will be held 11 a.m. Saturday, July 18, 2020 at Princeton Baptist Church, 90 Main St., Princeton. Burial will follow in Lakeview Cemetery. Grover loved animals, especially his long time companion LuLu. In memory of Grover the family would ask that donations be made to the Ark Animal Shelter. Donations can be mailed to PO Box 276, Cherryfield, Me 04622 or made online at www.thearkpets.org Arrangements by Mays Funeral Home, Calais & Eastport.
Read Less

Receive notifications about information and event scheduling for Grover

Consider providing a gift of comfort for the family of Grover Brown by sending flowers.

We encourage you to share your most beloved memories of Grover here, so that the family and other loved ones can always see it. You can upload cherished photographs, or share your favorite stories, and can even comment on those shared by others.

Posted Jun 04, 2020 at 09:00pm
My deepest sympathy for all of Grover's family. Please know that others are thinking of you during this horrible time. Claudette Chambers London
Comment Share
Share via:
DT

Posted Jun 04, 2020 at 10:14am
I am so very sorry to hear about this. My heart is breaking for the entire family. I have many childhood memories that include Groovy Grover. One being of Candy and I him watching wrestling with him and then making him wrestle with us. He was always so much fun to be around. My heart aches for you all. RIP Groovy Grover!
Comment Share
Share via:
CB

Thanks Danica - I have such great memories of all of those times together. He certainly was fun!
RM

Posted Jun 03, 2020 at 02:39pm
Peta and Family,
So sorry to hear of Grovers passing. It sure has been a long haul for him the pass months. Hold your memories close and remember we are praying for you and if you need anything you know where we are. Hugs Dear Friend
Comment Share
Share via:

Posted Jun 03, 2020 at 05:13am
I want to send along my condolences to the entire family. Grover was a great guy to have known. When I worked in the chip handling area at the mill we used to joke every time he came in to be emptied.
Comment Share
Share via:
J 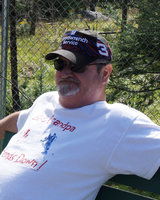 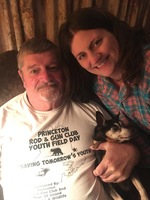 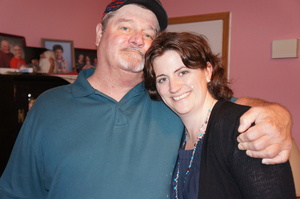 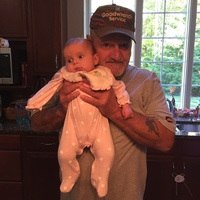