To share your memory on the wall of Gilbert O\'Brien, sign in using one of the following options:

Gibby worked as a golf caddy while attending school in Calais and went on to deliver milk for Border City Dairy. While delivering milk to the school, he met his true love and future wife, Louise Booth. They were united in marriage on July 14, 1956. In 1955, Gibby and his father Cuddy started a construction business which they owned and operated until Cuddy’s passing in 1989. He drove truck for Beckett & Co. delivering products to grocery stores throughout Washington County until the 1970’s when he started driving for Cole’s Express. In the 1980’s, Gibby drove for VL Tammaro and finished his driving career in 2009 from JD Thomas with millions of miles driven. He also served in the Army National Guard in Calais for 15 years.

After his retirement, Gibby enjoyed helping his son Bobby restore antique cars. He was a member of St. Croix Bowling Club and the Sherman Bros. American Legion Post #3 in Calais and enjoyed golfing, watching the Red Sox, Celtics and NASCAR, going to car shows, and taking pride in his lawn. To Gibby, his family was his first passion. He loved spending time with his beloved wife Louise, going for their daily drive in “Big Red” and having their morning coffee and muffin. He was his son Bobby’s biggest fan, taking pride in being a member of his racing team. Through all of Bobby’s races, Gibby only missed one.

In addition to his parents Cuddy and Christine, Gibby was predeceased by a brother, Byron “Bunny” O’Brien. Surviving are his loving wife of 68 years, Louise O’Brien; his son and best friend, Bobby O’Brien and fiancé Stephanie Wormell of Calais; his brother Wilfred O’Brien and wife Maryann of Calais; sister-in-law Betty O’Brien of Calais; brothers-in-law Raymond Gray of Saco, and Louis Booth and wife Regina of Biddeford; many nieces and nephews, numerous special friends; and his extended family, the O’Brien Racing Team.

At the family’s request, those attending the services are asked to wear a mask and follow CDC guidelines. Visiting hours will be held 6-8 p.m. Friday, August 14, 2020 at Mays Funeral Home, 26 Church St., Calais. A graveside service will be held 11 a.m. Saturday, August 15 at Calais Cemetery with Rev. Sara Gavit officiating.

Receive notifications about information and event scheduling for Gilbert

Consider providing a gift of comfort for the family of Gilbert O'Brien by sending flowers.

We encourage you to share your most beloved memories of Gilbert here, so that the family and other loved ones can always see it. You can upload cherished photographs, or share your favorite stories, and can even comment on those shared by others.

Posted Aug 16, 2020 at 11:13am
From the breakfast staff of the Calais McD's we send our heartfelt condolences and thoughts to you all. Mr & Mrs O'Brien were one of our fav couples to wait on. They always had kind words and smiles on their faces. Mr. O'Brien will be greatly missed and never forgotten. Corinne, Breakfast Co-ordinator.
Comment Share
Share via:
CD

Posted Aug 15, 2020 at 07:10am
Louise and Bobby.
Alan and I are so sorry to hear of Gilbert's passing. Please accept our condolences at this sad time. Whenever I think of Gilbert, I can see his big smile whenever he would meet us, in church at St. Anne's or on the road somewhere. He was truly a lovely gentle man and will be missed by many.
Comment Share
Share via:
K

Posted Aug 14, 2020 at 03:24pm
From all of us here at Cold Brook Energy we are sorry for your loss. I always look forward to seeing "Gibby" and his Mack roll through the gate to load. He was good for a story or two. He also would always stop in and say Hi on his way to the Oxford 250.
Comment Share
Share via:
L

Posted Aug 13, 2020 at 08:57pm
So many memories of our families spending time together. From our trip to Florida, Unity for racing, and all the other adventures, we sure had fun! Thinking of you Louise and Bobby. You and your family are in my prayers.
Comment Share
Share via:
AB

Posted Aug 13, 2020 at 06:53pm
My sincere condolences to you, Louise, Bobby and all your family members. A nice guy and he will be sorely missed. 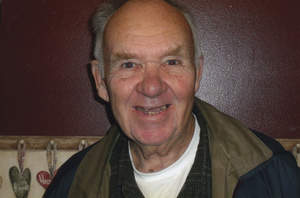 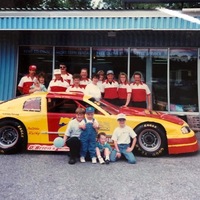