To share your memory on the wall of Francis Emery, sign in using one of the following options:

Provide comfort for the family of Francis Emery with a meaningful gesture of sympathy.

Print
Eastport – Francis E. Emery, 93, passed away early in the morning on September 7, 2019 at the Maine Medical Center in Portland. Francis was born on December 2, 1925 in Eastport to Blanch (Leighton) and Murray P. Emery.

Francis gradu... Read More
Eastport – Francis E. Emery, 93, passed away early in the morning on September 7, 2019 at the Maine Medical Center in Portland. Francis was born on December 2, 1925 in Eastport to Blanch (Leighton) and Murray P. Emery.

Francis graduated from Shead Memorial High School, Class of 1943, and entered the U.S. Army during WWII. He served as a gunner in the light machine gun squad with the 58th Armored Infantry Battalion in Rhineland and Central Europe. Francis served in the Eastern European Theatre for 18 months, earning the Purple Heart. After returning from the war, he remained active with the V.F.W. in Rockland and in later years the Cobscook American Legion Post 59 in Pembroke.

On December 24, 1946, he married Mary Pulk. Francis worked in the various factories in Eastport, made shoes in Bangor, and did upholstery work with his son Dallas for various clients in the Damariscotta area. In the later years, he worked for J.C. Penny in Rockland for over 25 years until his stroke at work in 2017. Francis lived in the Camden area for the later part of his life and at the Eastport Memorial Nursing Home the last couple of years.

In addition to his parents, Francis was predeceased by his wife, Mary I. (Pulk) Emery; sons Alan and Larry; grandchildren, Caryn Lynn Wheeler, Tasha R. Emery and Clifford Ward; sister Alice Emery Cook Holt; and a brother, Murray Emery. Surviving are his children, Dallas Emery of So. Bristol, Karen Ward and husband Charles of Pembroke, Yvonne Macha of Pembroke, and Cheryl Long of Buxton; 13 grandchildren; 15 great-grandchildren; a sister Gloria Emery and her family of Baileyville; and many nieces, nephews, great-nieces and great-nephews.

The family wishes to thank the wonderful staff at Eastport Memorial Nursing Home for their patience and kindness shown to Francis and his family during this most difficult time.

In keeping with Francis’ wishes, there will be no services. In lieu of flowers, donations would be appreciated in Francis’ memory to the Eastport Memorial Nursing Home Auxiliary Fund. Arrangements by Mays Funeral Home, Calais & Eastport.
Read Less

Consider providing a gift of comfort for the family of Francis Emery by sending flowers.

We encourage you to share your most beloved memories of Francis here, so that the family and other loved ones can always see it. You can upload cherished photographs, or share your favorite stories, and can even comment on those shared by others. 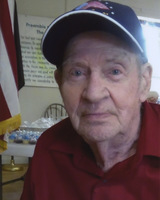 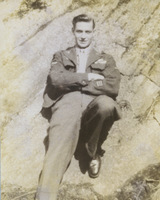